Just a few miles from the centre of Thailand, apparently distracted by the lingering scent of Jasmines, Koh Samet or “Bamboo Island” reminds travellers to leave the hustle and bustle of city life behind. It is one of several lush tropical islands located off the coastline of Rayong Province in Southern Thailand. This island is a popular destination for Thai people to get away from it all. They come with their families and friends, to picnic, do school projects or go camping.

Koh Samet, named for the abundant ‘Samet’ trees (Thai for cajeput trees), provides all of the basic elements of a fun-filled holiday escape – an infinite expanse of turquoise blue sea, crescent bays of perfect white sand, plenty of water sports, and a pulsing nightlife. Despite the fact that Koh Samet receives considerably less rainfall than other Thai attractions, tourists are nevertheless soaked – in the sea.

The island, which is just a three-hour drive from Bangkok (check this guide on getting to Koh Samet from Bangkok) and 45 minutes by ferry from the mainland’s Ban Phe Pier, is normally crowded with tourists on weekends and long holidays. From beachfront bungalows to cliff-top luxury resorts, a wide variety of hotels appeal to a diverse range of visitors. On weekends, walk-ins are not recommended since the whole island’s lodging is normally entirely booked.

Top Things To Do Koh Samet 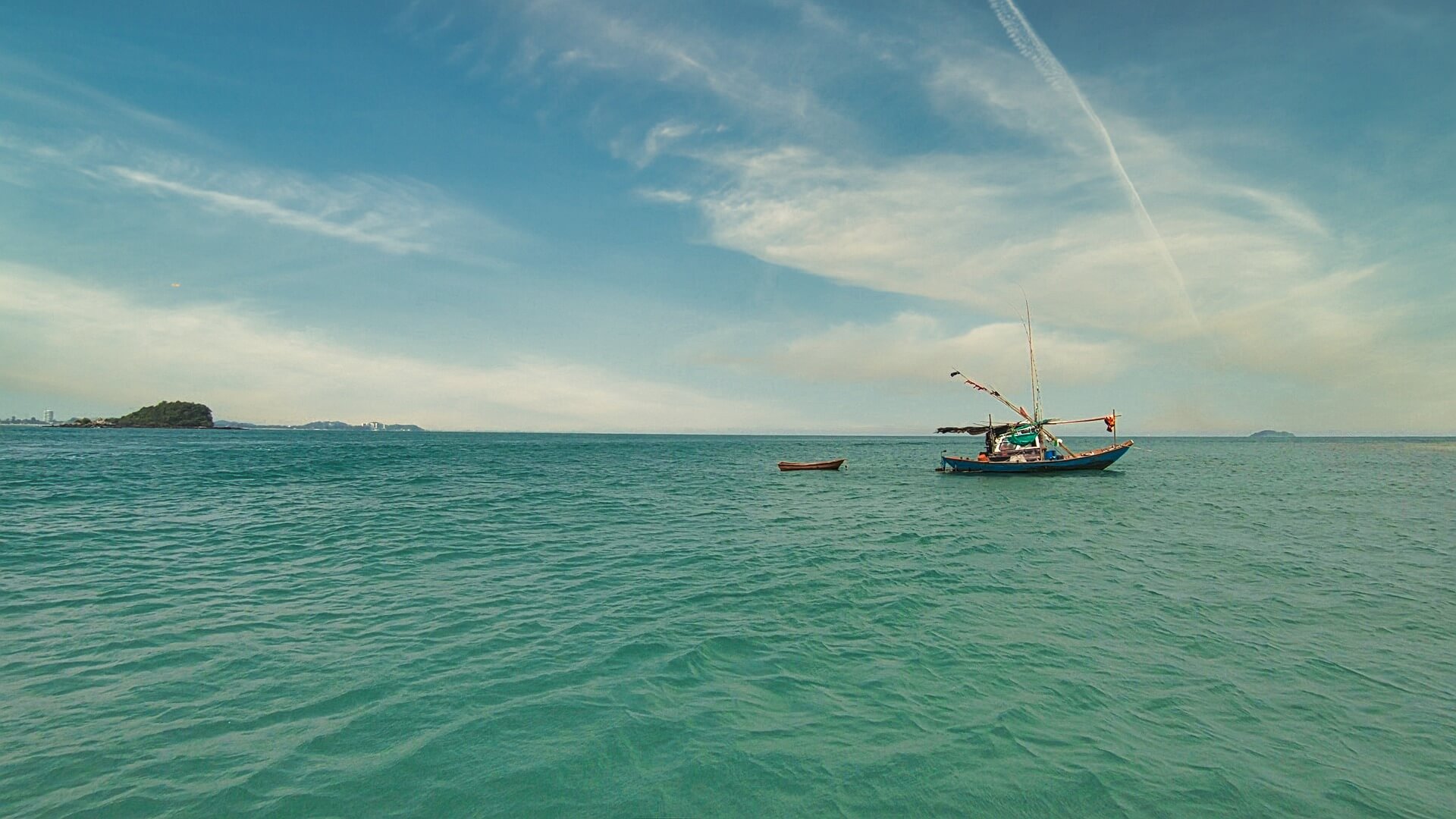 Koh Samet is known for its beaches. However, the more south you go, the less populated and busy it becomes, which does not always imply less spectacular bays.

The majority of vessels from the mainland dock at Na Dan Pier on the island’s northeastern tip. The first beach you’ll reach is Sai Kaew, which is the most built and offers the best nightlife. From Ao Phai and Ao Tabtim to Ao Vong Duen, Ao Wai, Ao Kiu Na Nok, and Ao Karang at the southeastern end, it’s one headland after another as you travel south along the east coast. To get from one beach to another, you can still catch a ride on a moving songtaew.

With forest-covered headlands and white-sand beaches, the west coast is more mountainous and remote, making it ideal for luxury resorts. The key landing point on this part of the island is Ao Phrao, which has perfectly gorgeous beaches with clear water.

Along a wide stretch of Sai Kaew (check out Sai Kaew beach) and Ao Phai on Koh Samet, there is a Koh Samet vibrant nightlife scene. These bars, which cater to backpackers and budget visitors, are copies of one another in terms of general atmosphere, music, and cocktail menus. Most have cushioned loungers and low tables set upright on the sand, illuminated by kerosene lamps. And, notwithstanding the fierce rivalry, each seems to promise either a happy hour deal or a drinking game in which you are rewarded with a couple of free drinks.

Expect a huge crowd from Bangkok to share your beachfront room from Thursday to Saturday, as well as tempting drink specials to fit. If you don’t mind sharing, a ‘bucket’ of local whisky mixed with ice and an energy drink seems to be the locals’ tradition. Late into the evening, expect to see a line of fire-dancing performances break out along the sand, which is often a sight that attracts a huge crowd of spectators.

The mood is completely calm and unpretentious. There is no need to dress up anywhere on the island. So sit back, relax, and take it all in – island style. 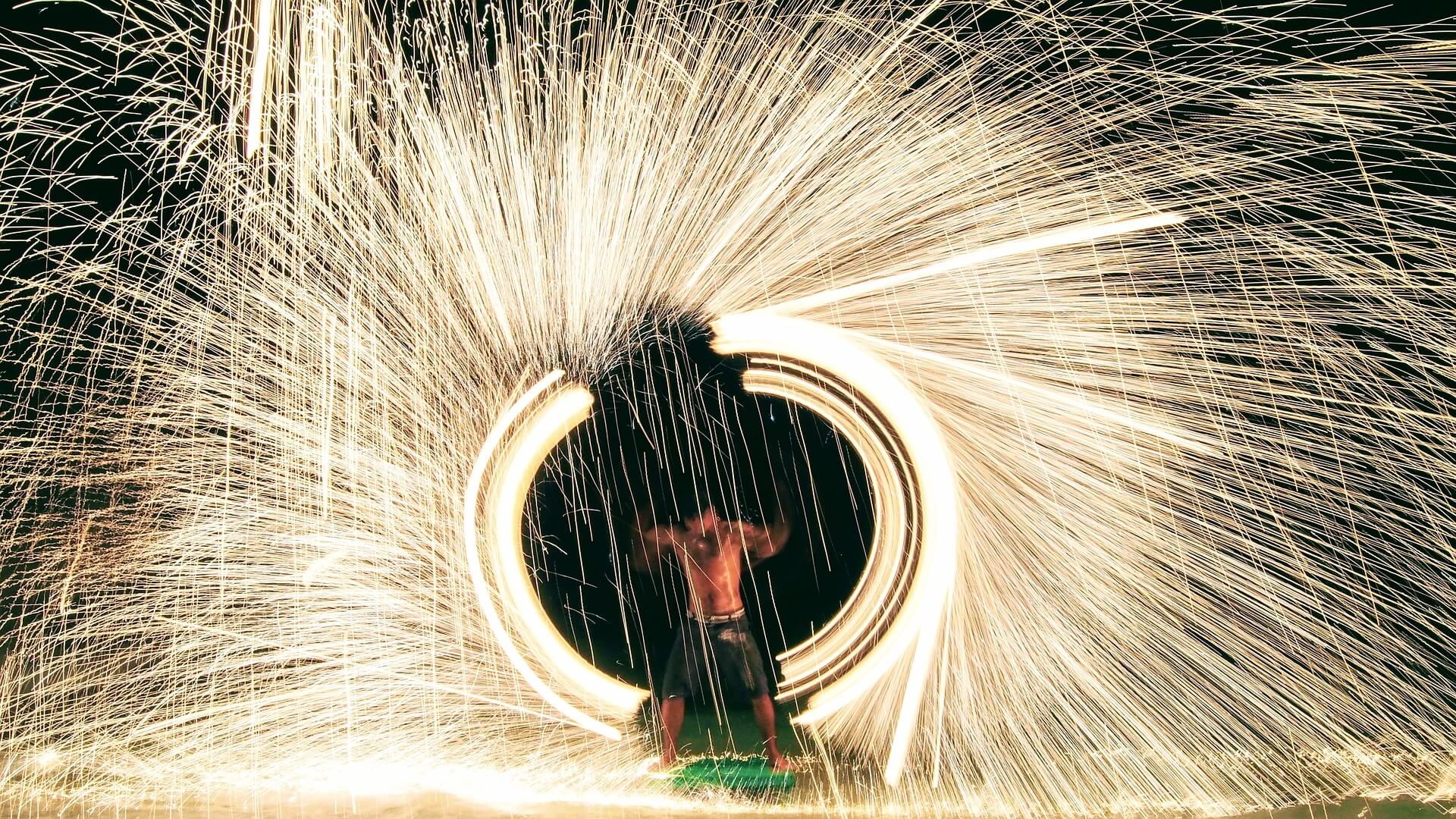 Ao Kiu Na Nok is a small, secluded beach situated on the southern tip of Samet. There’s no real reason to visit this beach if you’re not staying in Ao Kiu Na Nok — but even if you are, you’ll still find plenty of reasons to visit. It’s nestled in a cove with a rocky shore and azure waters and offers completely isolated isolation from all the other beaches on the island.

Ao Phai is an incredibly popular beach with local tourist. It’s part of the larger Pattaya Bay, and is a very long stretch of sand right next to Sai Kaew Beach. There are numerous bars and restaurants, as well as a few nightlife venues. Ao Phai also features some rock bars such as Red Sky and Rock Coaster, which have won awards from organizations such as TripAdvisor for their quality or value for money.

Ao Phai is considered to be one of the Koh Samet’s most popular beaches. The beach itself extends for miles, and it’s impossible not to find a spot that is suitable for you. From here you can brush shoulders with backpackers, upscale hostel dwellers, and day-tripping families alike. 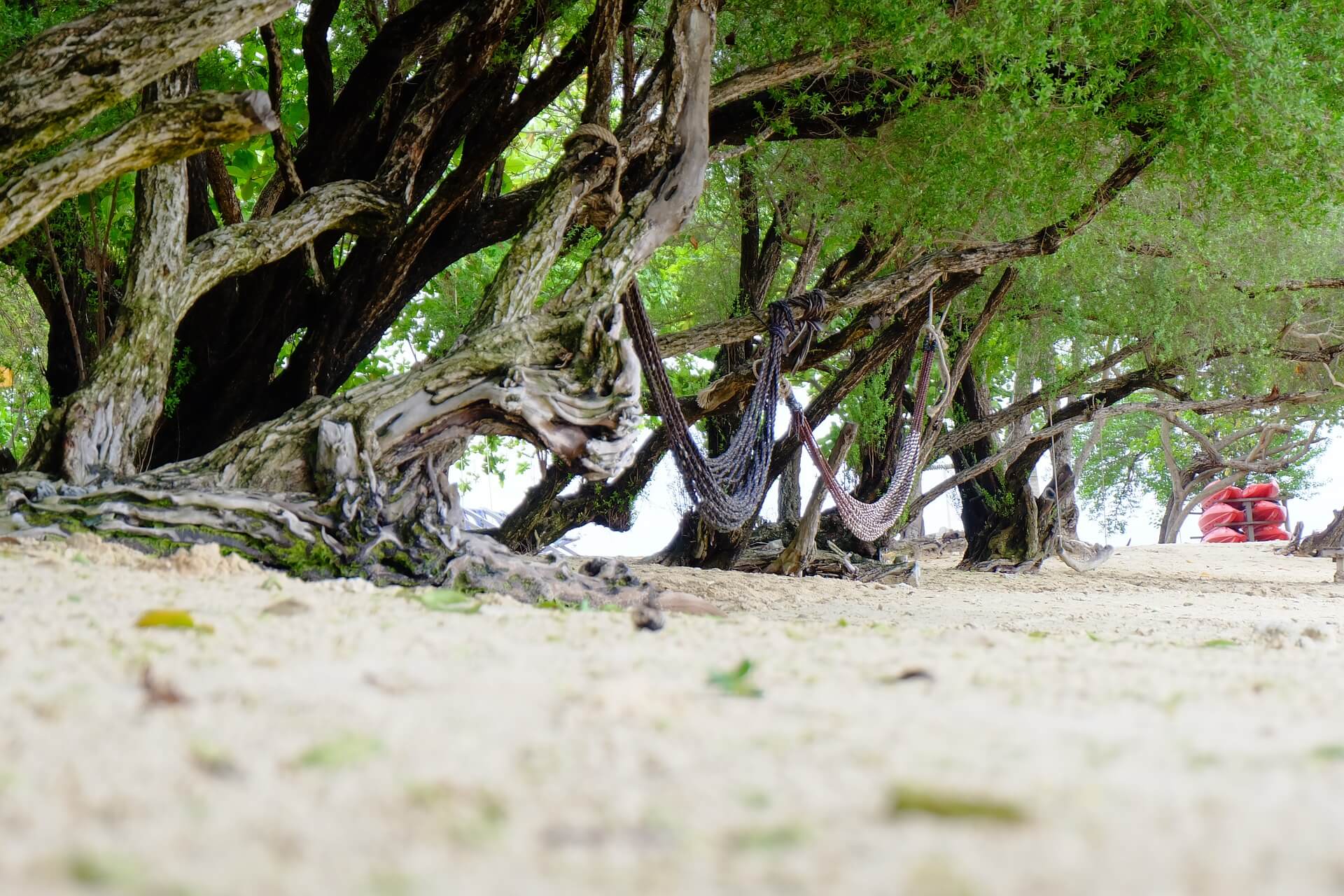 Backpackers and budget travellers explore this 200-meter strip of powdery sand, where they swap travel stories and plot their next journeys. Many people relate the laid-back environment of Hin Khok to Bangkok’s Khao San Road.

Ao Tubtim and Ao Phutsaa might be two relatively small beaches, but they are some of the best in Koh Samet. These two beach communities are a five-minutes stroll from the main Na Dan Pier that connects to the mainland. They’re pretty much the neighborhoods high up on the hill that embrace glowing sunsets over distant vistas of mountains and ocean. There are a couple of resorts on both Ao Tubtim and Ao Phutsaa, but these lesser known Thai islands truly shine when you take advantage of their natural surroundings: long stretches of pristine white sand and clear blue water—these beaches are only given a handful of stars on TripAdvisor, making them an ideal getaway for travellers who want to avoid crowds. 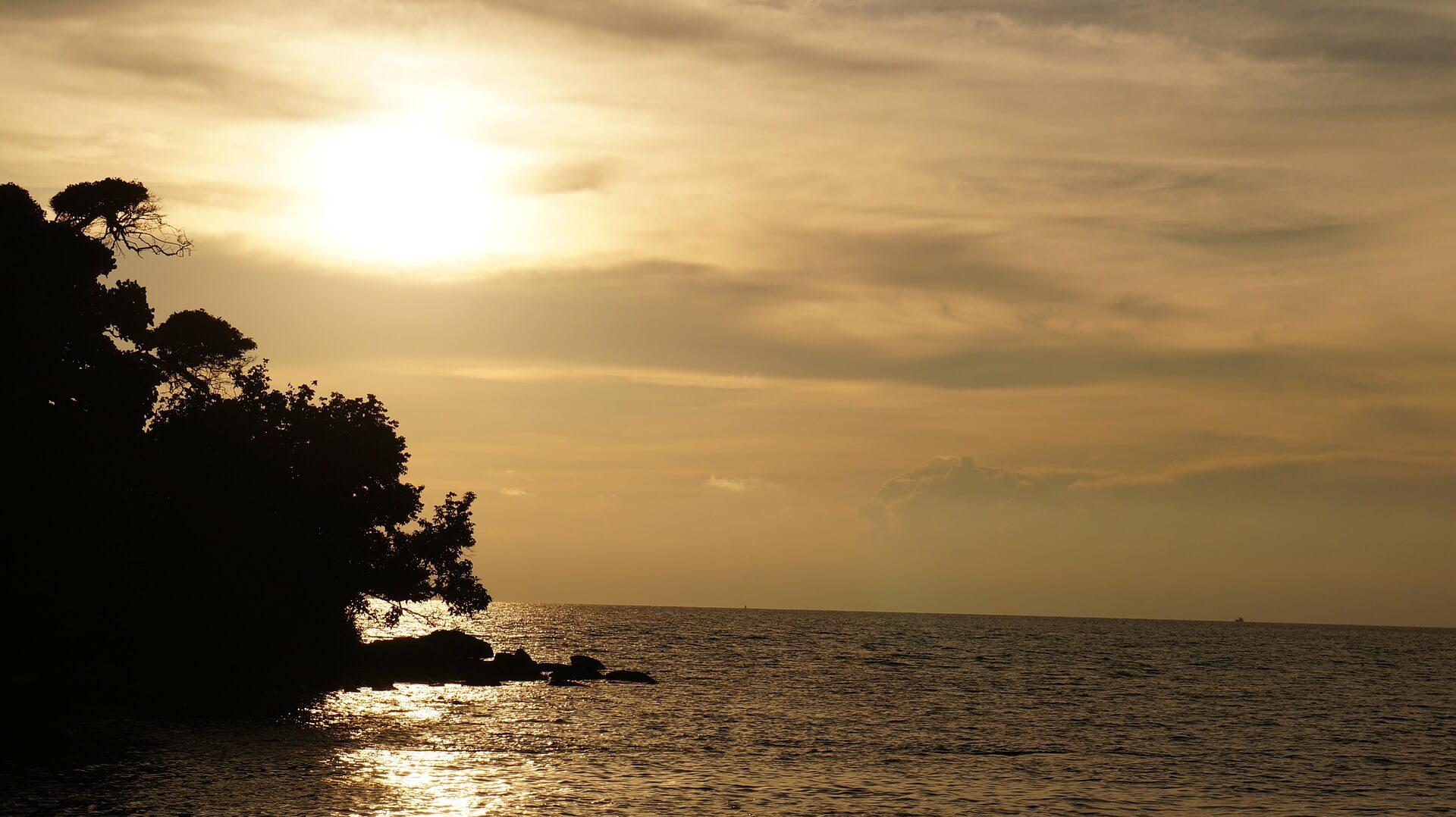 The Ao Vong Duen Beach is also known as Pleng Khlong Noi Beach, owing to its location where it borders the center of town. The beach itself is rather quiet and unadorned, with only a few vendors around and low-key dining options lining the seaside. However, there are other eateries situated by the road leading up to the turquoise sea— these offer a wider variety of seafood and Thai delights that you can enjoy during your stay. Once you step off the boat, relax on the many sun beds lined along the white sand or enjoy a drink overlooking the glistening water at one of the bars. It’s no wonder why locals and tourists alike flock to this popular beach, especially with its stunning views!

Ao Phrao is a quiet but beautiful beach village on the western shore of Samet (the other coast from the west coast). Its calm, shallow waters are perfect for families with children and people who prefer a quieter beach scene. Ao Phrao is tucked away on Samet’s western shore and feels like a different world. This makes it particularly special for those who relish in escaping the sweltering heat on the crowded, noisy beaches of Samet. Ao Phrao’s bigger beaches that face west receive less sun than the east facing beaches, making them popular for early morning and late afternoon activities.

Diving on Koh Samet is awesome!

Is Koh Samet worth visiting? 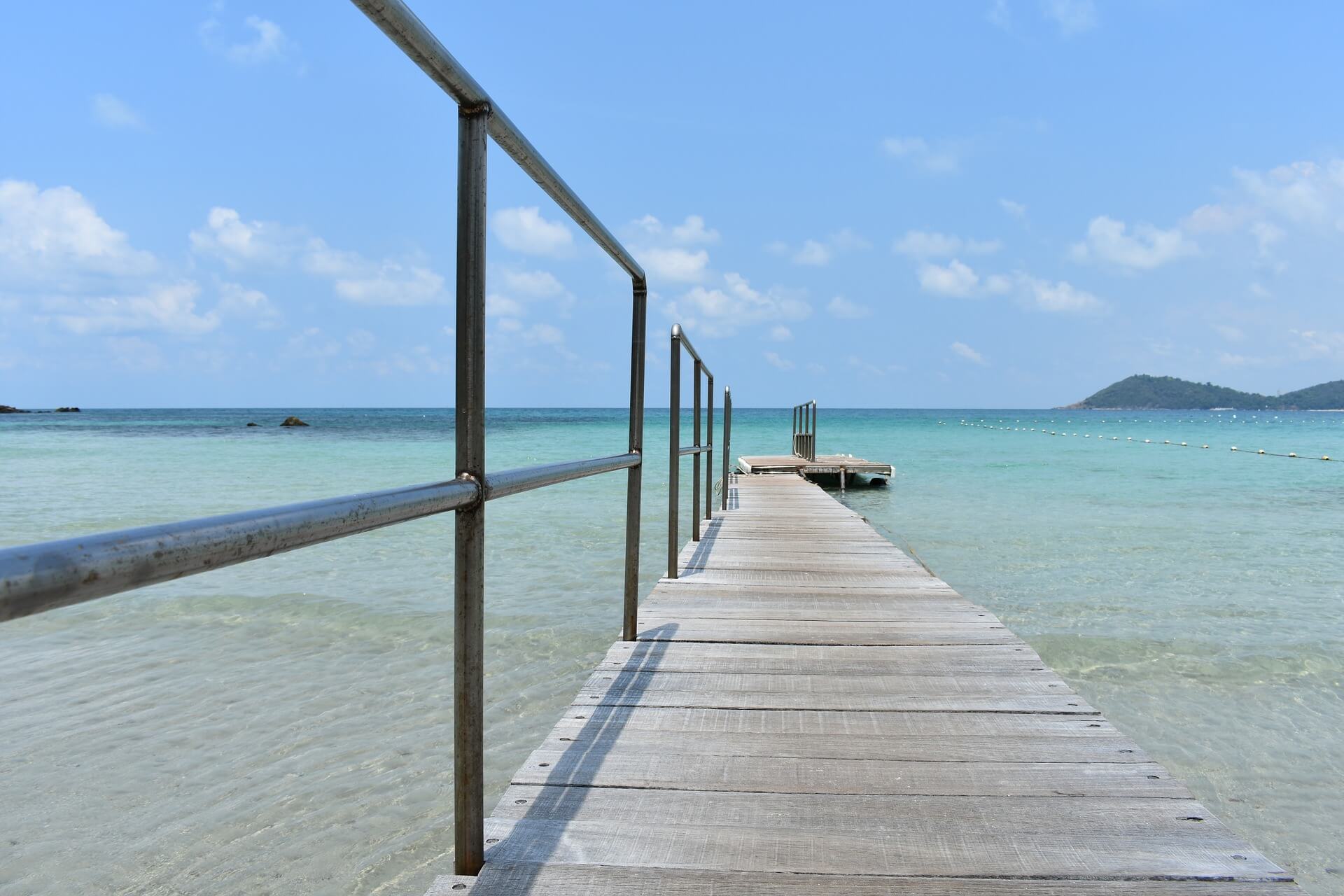 Koh Samet is a great place to visit if you want to chill and unwind. There are no big attractions, but it does have nice beaches and you can have a good time at one of the many beach restaurants, particularly in the evening. Hat Sai Kaew Beach is where you can go if you want to be in a more vibrant part of the island.

How long does it take from Bangkok to Koh Samet? 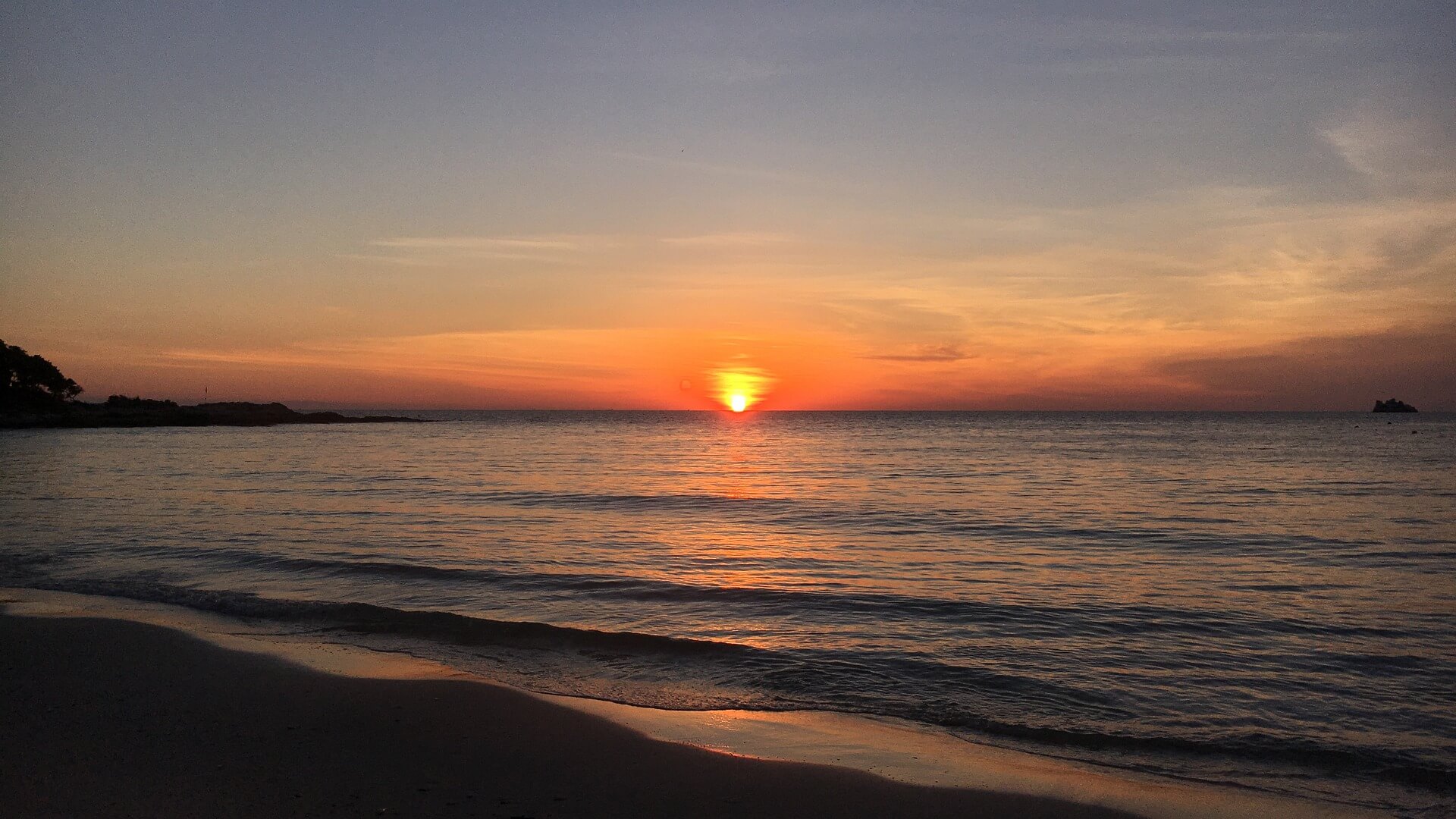 About 5 hours. The bus or minivan will drive you to Rayong and the Ban Phe pier, where you will be able to board the ferry to Koh Samet, which will take about 30 minutes. The trip could take about 5 hours, and these buses normally leave Bangkok early in the morning (you can also check out my guide on how to get to Koh Samet).

Where is Koh Samet in Thailand?

Rayong Province, southeast of Bangkok, is home to Ko Samet. It is Thailand’s third largest island. In the north of Ko Samet, there is a long gorge, and a narrow mountain range connects the east and west.

Where to Stay in Koh Samet?

Looking for where to stay in Koh Samet? Staying on the island is a great way to unplug from the stresses of life and relax by the sea. While not every part of the island is suitable for accommodation, there are still enough options around for you to find your perfect place (check this guide on Koh Samet Resorts).