Phi Phi Weather in 2022; Everything You Need To Know!

Going on holiday to Phi Phi in Thailand and what to know what the weather in Phi Phi is like year-round?

Don’t worry, I have everything you need to know about sunshine and rain on Koh Phi Phi 🙂 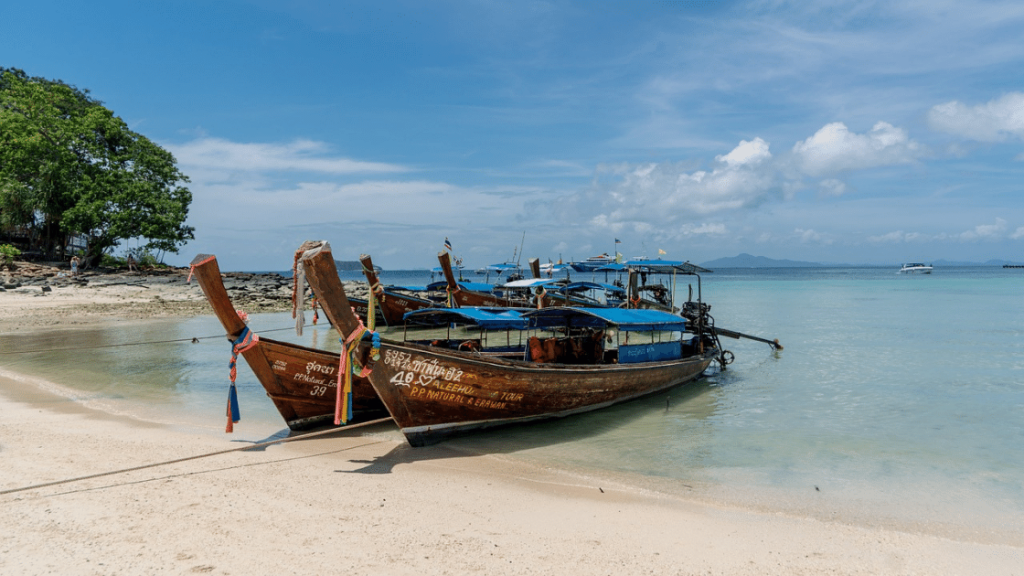 The average temperature at Ko Phi Phi varies just slightly. Because of the humidity, temperatures seem hot all year round, and there is a probability of rain for the most of the year. When compared to tourist sites throughout the world, Phi Phi is significantly less temperate than places in the 6th percentile for nice weather.

Detailed above are weeks with ideal weather in Phi Phi. If you want to visit Ko Phi Phi during the hottest seasons, the best months to go are May, April, and June. Early to mid May is the hottest time of year, with highs around 92.3°F (33.5°C) and temperatures seldom dropping below 77.9°F (25.5°C) at night. 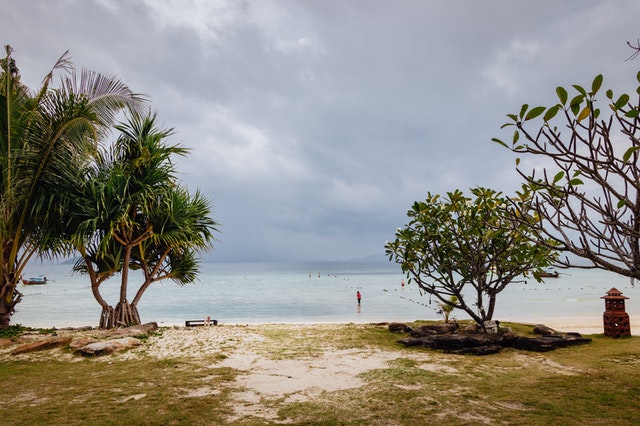 Humidity and wind chill are factored into our perceived temperatures to better portray how hot or cold a day feels to a person. Therefore, the “feels-like” temperatures in Phi Phi may very from what is the defined temperatures on the Islands.

The best time to visit Phi Phi is from November to March, when humidity and temperatures average is around 28°C, and mild winds keep things comfortable (there are plenty of top hotels Phi Phi Island).

April and May are the hottest months, with temperatures ranging from 80 to 95 degrees Fahrenheit (27 to 36 degrees Celsius). Short, strong thundery storms occur often, providing welcome reprieve from the heat and humidity.

On April 13th, the Thai New Year (Songkran), everyone sprinkles (or tosses) chilly water on each other.

Locals prefer June, July, and August because the weather is usually pleasant and their favourite hangouts are less crowded. The common pattern is brief but heavy showers interspersed with plenty of sunshine. At this time of year, everything is also a little less expensive. Temperatures range from 70 to 90 degrees Fahrenheit (20 to 33 degrees Celsius).

There are frequent strong downpours in September and early October. Visitors are sparse on the Koh Phi Phi beaches, outdoor cafés, and streets. Even now, there are lengthy stretches of brightness in between the heavy showers.

Regardless, a variety of low-season activities, both water- and land-based, are still available in Phi Phi throughout the rainiest part of the summer season.

If you’re looking for dry weather in Ko Phi Phi, the months with the lowest possibility of major precipitation are February, January, and then March. In particular about Phi Phi’s weather, “substantial precipitation” is defined as.1 inch or more.

The average high temperature on Phi Phi and the rest of Thailand’s Andaman Islands is in the low 30s throughout the annual cycle for the last 50 years or so. Temperatures rarely drop below 20°C at night, and humidity is always high.

The sea is always warm enough to swim in. After a while, the heat may appear heavenly, but it takes time to adjust to the temperature. Dehydration is a serious issue, so drink plenty of water, especially if you’re a bit of a loon and decide to go.

What’s the Weather like in Phi Phi in January, 2022

The dry season on Koh Phi Phi is January, which is the favourite season for tourists since they may enjoy long periods of sunshine with little rain.

This season runs from January through April, with January marking the beginning of high season and a portion of peak season owing to New Year’s Eve.

Temperatures on Koh Phi Phi average 27 degrees Celsius (81 degrees Fahrenheit) in January, which is a fairly regular range even during the rainy season.

By the middle of the month, the highs have slowly risen to roughly 32.4 C (90.3 F), with the lows remaining constant with little temperature changes.

Rain is still a possibility, although it’s less likely than it was at the start of the month. The highs continue to rise toward the end of the month, reaching 32.8 C (91 F), while the lows stay the same at 23 C (73.4 F), making the month’s end the hottest point as it progresses. At the end of January, the risk of rain drops to 20%, the lowest level of the year.

Because of the predominant northwesterly winds that blow between November and January, the sea temperature is at its lowest in January. Despite this, the average temperature is around 28 degrees Celsius (82 degrees Fahrenheit), which is still warm enough to compete with most other vacation locations at this time of year.

The north westerly winds do, however, ruffle the surface of the water and make it a little tougher to see deeper down, although this is just a little annoyance.

When it comes to annoyances, keep in mind that January, as the start of the dry season, is one of the driest months of the year. The average amount of rainfall in January is 48 mm, which is evenly distributed over the month’s 6 days.

It is usually not a huge issue because the rain in this location is tropical, meaning it falls strongly for brief periods of time, so don’t expect it to disrupt your entire day. Thunderstorms, which will close down the beaches, are the worst-case scenario, but because it is dry season, they are uncommon during this month.

On a more positive note, the dry season on Koh Phi Phi in January provides a lot of sunshine during the day, with 9 hours of sunshine every day, so bring sunscreen and sunglasses.