Skip to content
Travel Blog » Blog » Bali Culture and Traditions – All You Need To Know!

All You Need to Know About Bali Culture and Traditions

One of the important aspects of understanding the Balinese people and the Balinese culture is that they follow a form of Hinduism known as Agama Hindu Dharma.

Balinese religion and culture have a large amount of significance in almost every aspect of life on the island, and they invite people to Bali to appreciate and experience it.

Balinese Hinduism highly values the belief that spirits influence the natural phenomena that happen in their everyday life.

Bali is considered the best island in the Indonesian archipelago. That is because Balinese culture has plenty to present, such as Balinese dances, arts, cuisines, religions, and beliefs.

Visiting Bali will bring an immersive and spiritual experience!

Bali has become a popular tourist destination in Indonesia. The country is well-known for the rich cultural influences of Hindus and Indians.

Almost all Hindus reside in Bali. Balinese culture is full of great experiences with the region’s spirited Balinese ceremonies and cultural scenes.

1. Immerse yourself in Balinese traditions and culture 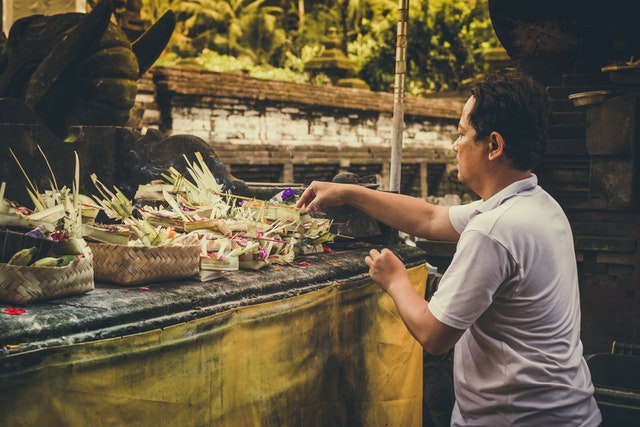 Bali has been the home of gods for over 3000 years. Its rich culture today can make a wonderful tour. The history of Bali can be seen and admired wherever. The intricate details of Bali’s culture and magnificent centuries-old architecture make every moment of life beautiful.

Hindu beliefs were influenced by Animismos, Buddhism, and local traditions (Ada), so compared to Indian Hinduism, it developed in different directions and had many distinct characteristics.

Hinduism constitutes the predominant religion in Bali. About 93% of all island inhabitants are Balinese Hindus. More than 20,000 Hindu temples in Bali are also called “pura.” There are specific rituals performed in Balinese temples for the Balinese calendar year.

The Balinese calendar uses two systems that are sometimes complicated and confusing to understand. The first one is called the Saka calendar, and the other is called the Pawukon calendar.

The Balinese highly regard their “native” calendars in defining their holidays, ceremonies, and rituals.

When people want to set a date for an occasion or ceremonies like weddings, house blessings, cremation, or asking a priest to find an appropriate day – “Hari Baik” should always be considered. If not, then they might have bad luck. 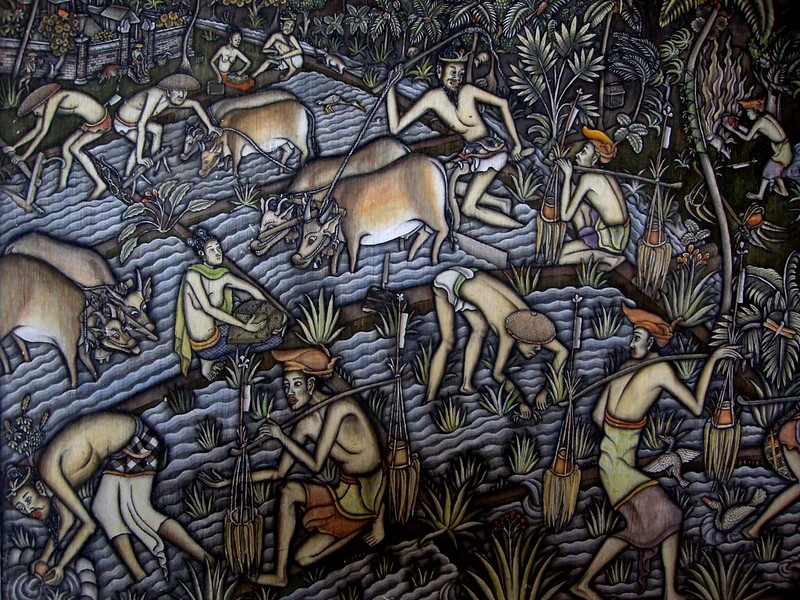 Bali has several artists working across many different media. Several art pieces are available for sale. Make sure you are getting the authentic product instead of the mass-produced factory items.

Be on the lookout for the exquisitely woven fabric called ‘wastra endek’ covered with motifs used for special rituals and ceremonies. Sideman Village can be found at an optimal price.

Tenganan near Candidasa is a town that specialises in fine basket making, which will last for years. Celuk’s Balinese village is renowned for its beautiful wrought silver jewellery, while Batubulan’s Village excels in wood and stone carving. 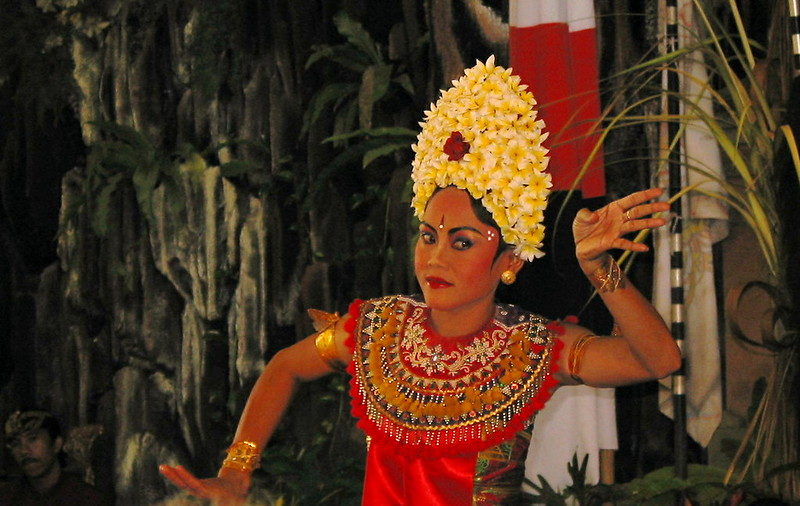 The Balinese culture is packed with colourful costumes, fascinating stories and captivating ceremonies that are best seen in person.

Some of the Balih-balihan performances include:

This is a Hindu story based on Ramayana where a demon stole a woman from her husband. The story is classical, colourful, interesting and full of meanings.

Barong Waksirsa tells a story by performing traditional dances about the goddess Durga who came to Earth. Traditional music is also present during the performance; the instruments include chimes and bells to accompany the beautiful dancers.

Gamelan Semara Ratih is a musical, dance, and composition ensemble. They perform all around the world, but Ubud hosts a weekly show.

The Oka Kartini Shadow Puppet Performance, also in Ubud, has been going on for nearly 20 years. Many people consider it a “must-see” show.

A recurring feature of Bali’s dance is its relationship to its theatre heritage. These dancers have been called “Dancedrames”. Certain traditions are often classified as purely dancing, or theatre, such as barong, gambuh, and topeng mentioned previously.

Drama is part of the culture in Bali during most social gatherings, from birthday and wedding parties to religious rituals and cremation. Bali has western theatrical traditions, but they mainly share stories about Mahabharata and Ramayana.

Wayang Pust Theatre is an art form in Indonesia, UNESCO’s masterpiece of oral and indivisible cultural heritage. The word Wayan means puppet, and Wayang kulits are an art form.

Shadow artists move the puppets between the screen and the light by projecting them onto a linen-covered screen. This is a contextualised Mahabharata story that is relevant to today’s world situations and usually lasts many hours. 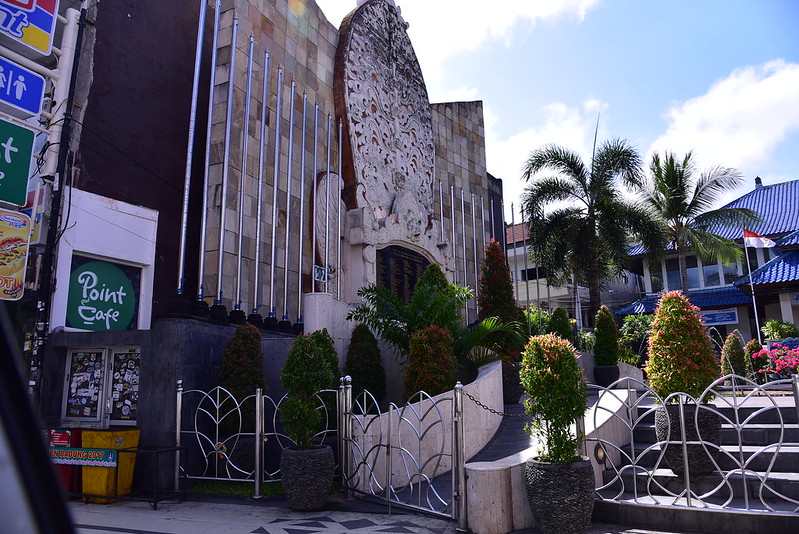 The Bali building was built to create harmony with the spirit and the atmosphere. These face the sun, ocean, or volcano. The structure must be less than 15 metres tall to be legally valid in Bali. Balinese homes were originally built around Hinduism.

Typically, many buildings are buried in walls. It looks almost as if the temple is there. A penjor is a huge bamboo shack decorated with coconut leaves and has a triangular structure. 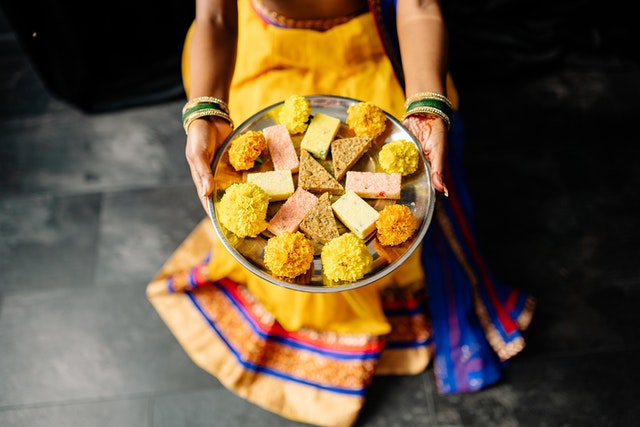 In contrast with Ubud, with its vegetarian offerings and vegan options, traditional Balinese food mainly is meat-based. In the past lunchtime, suppers included rice and chicken skewers stuffed with satay and vegetables.

While these seem simple meals, they also have salty, sweet/hot balances that give Indonesian food an incredible taste. Tell me about the best thing you can cook with Balinese cookery? Have you tried Paon Balinese Cuisine in Kuta or Chef Bagus Balinese in Seminyak?

Touring Bali is a rewarding sensation. Understanding the daily life and situation of the local communities of Bali will make you active in knowing more about how they meet their traditions.

Visit Bali and explore the various aspects of its culture! Immerse yourself in the ceremonies connected to deities, appreciate their artistic expression, join some daily rituals, know the important holidays, talk to the local people, and admire the delightful sceneries!