Want to do the epic Helvellyn walk? So, where should you start and when is the best time to go? Here, we will give you some of the best routes for climbing the third highest mountain in England. Just like climbing in any other mountains, it is very important to check the weather condition before you go. Also, be sure that you have the appropriate gear, sufficient skills, and experience. Winter in the Lake District can be unpredictable. You can expect frost to deep snow. If you do not feel comfortable climbing during the winter then you should turn around.

There are many ways of climbing the Helvellyn, but the most popular ones are via the Striding Edge and from Thirlmere.

Helvellyn is a mighty mountain that stands in the magnificent Lake District National Park. It would only take a day to hike in the Lake District and admire its amazing views.

I’ve walked up to Helvellyn and it was truly awesome. To help you make your decision here are the facts, figures, and routes to this beautiful Lake District mountain! 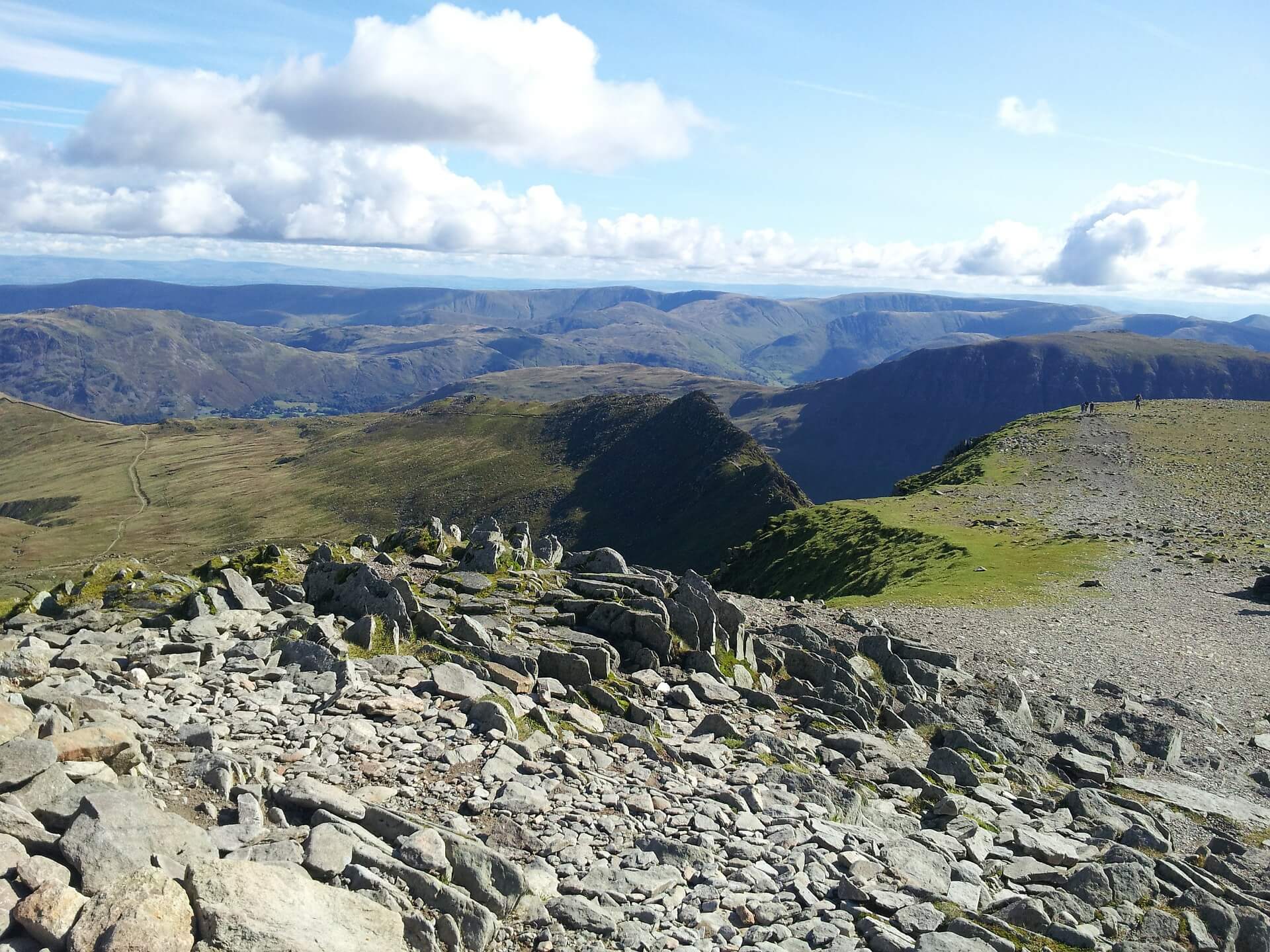 How long will it take to climb Helvellyn?

If you want to reach Helvellyn the easy way, then the shortest route would be from Thirlmere. However, this route won’t let you experience the thrill of Striding Edge and Swirrel Edge which can only be experienced if you start from the eastern side.

The shortest way is to begin from Thirlmere then walk your way up through the Helvellyn Gill path and return the same way. This route will take between 3 to 4 hours. Another way would be to take the circular route which is via Nethermost Pike and Dollywaggon. To go down, take a route from Raise beck to Dunmail Raise then follow the path where you start. This longer route will take about 5 to 6 hours.

Is it easy to walk up Helvellyn?

People off often wonder if the Helvellyn walk is dangerous, this is because Striding Edge can be dangerous.

So, is the Helvellyn climb dangerous to do?

Keep in mind that the easier route is from Thirlmere and not the Striding Edge. As soon as we arrived, we immediately park our car at Whythburn Car Park. Despite having cloudy weather, we still walk ahead eager to see the summit.

The initial walk was going through the woods then it gradually becomes steep. Going up is more fun as we go through Comb Gill and Comb Crag. Finally, after reaching the path between Helvellyn and Nethermost Pike, we get to see the stunning view of Striding Edge. Although, it looks fearsome from where we stand we just hope that we could follow that route one day. When we get to the top, we get to see the Swirral Edge and Red Tarn. 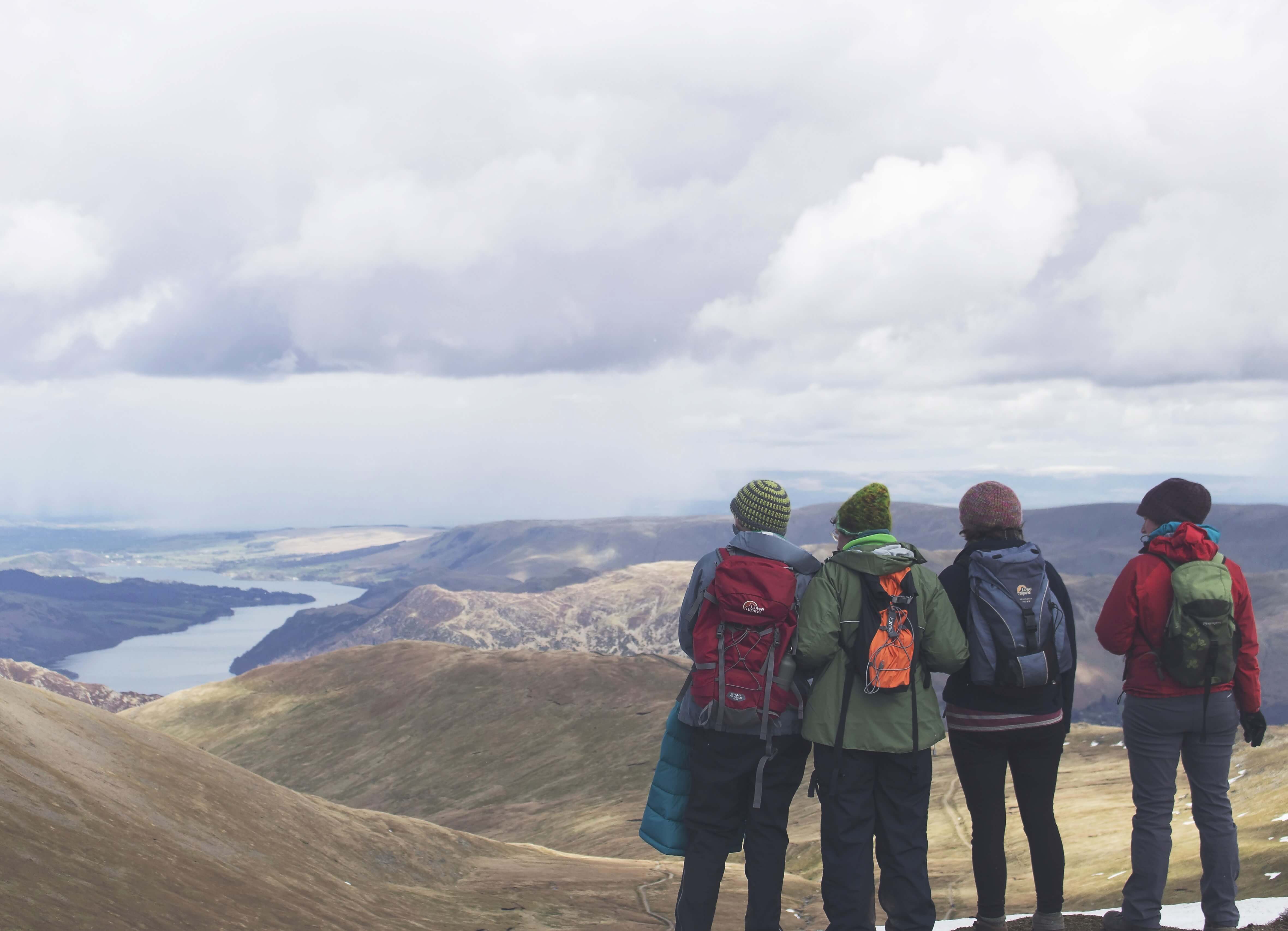 The Best Helvellyn Routes to Take

There are different routes that you can take if you are planning to climb Helvellyn. Some are easy while some are difficult, so be sure to choose the one that fits your abilities and experience. No matter what you choose you can assure that you will get to see different breathtaking views as you walk up to the mountain. So, be ready with your camera! 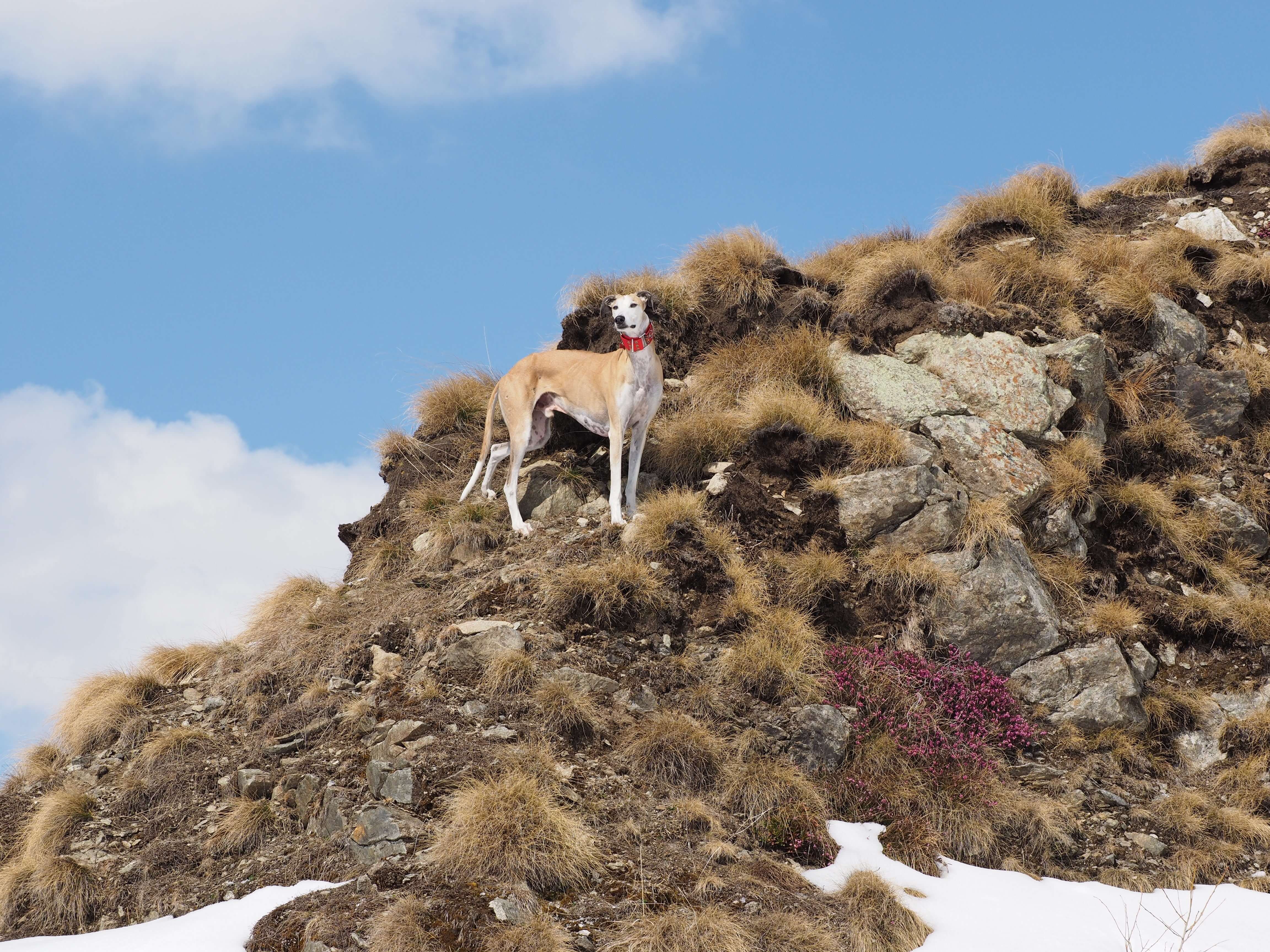 There are a lot of routes that you can take in climbing Helvellyn but the most amazing of them all is via Striding Edge. The walk will start from Glenridding where you can park your car. Most people would not dare to climb the Striding Edge because it’s very challenging and scary. However, if you have experienced some Wainwright Fells, then these difficulties are just the same. You can feel both delight and fear while going through a short downclimb, walking through the boulder, or standing on a narrow path.

Most hikers often overlooked the Swirral Edge. However, it has some obstacles of its own. There are cluttered boulders which require some scrambling. You also need to avoid the nasty ravine that leads to the Keppel Cove. Be careful always so you can avoid any slips.

The best time to cross Striding Edge and Swirral Edge is during the summer. During this time the rocks are dry. The breeze is just moderate, just enough to keep you cool throughout the day. Too much wind might keep you off balance and you don’t want to suffer from those consequences.

You should check out the best things to do in Ambleside on your visit! 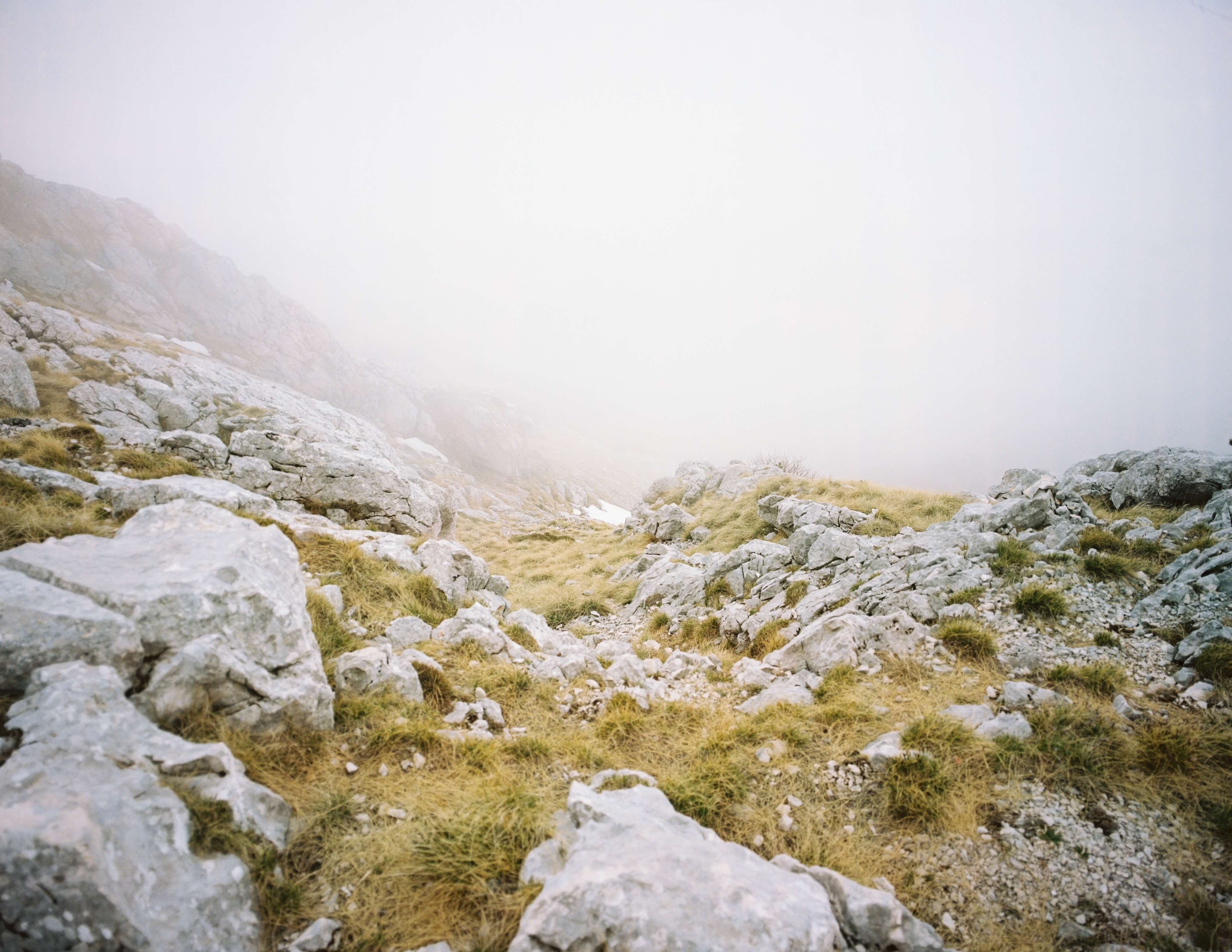 As a reminder of how risky these ridges are, they place the Dixon memorial near the starting point of the Striding Edge. It has a small plaque which contains the following message, “In memory of Robert Dixon of Rooking, Patterdale who was killed on this spot on the 27th day of November 1858 following the Patterdale Foxhounds”.

After crossing safely, you can find the memorial stone of painter Charles Gough at the far end of the ridge. You can pause for a moment and read its message. Today, there are still some people who suffered fatal injuries from an accidental fall in these ridges.

As soon as you reach the top, you can see the Red Tarn between the edges. This lake has one of the rarest freshwater white fish known as Schelly. 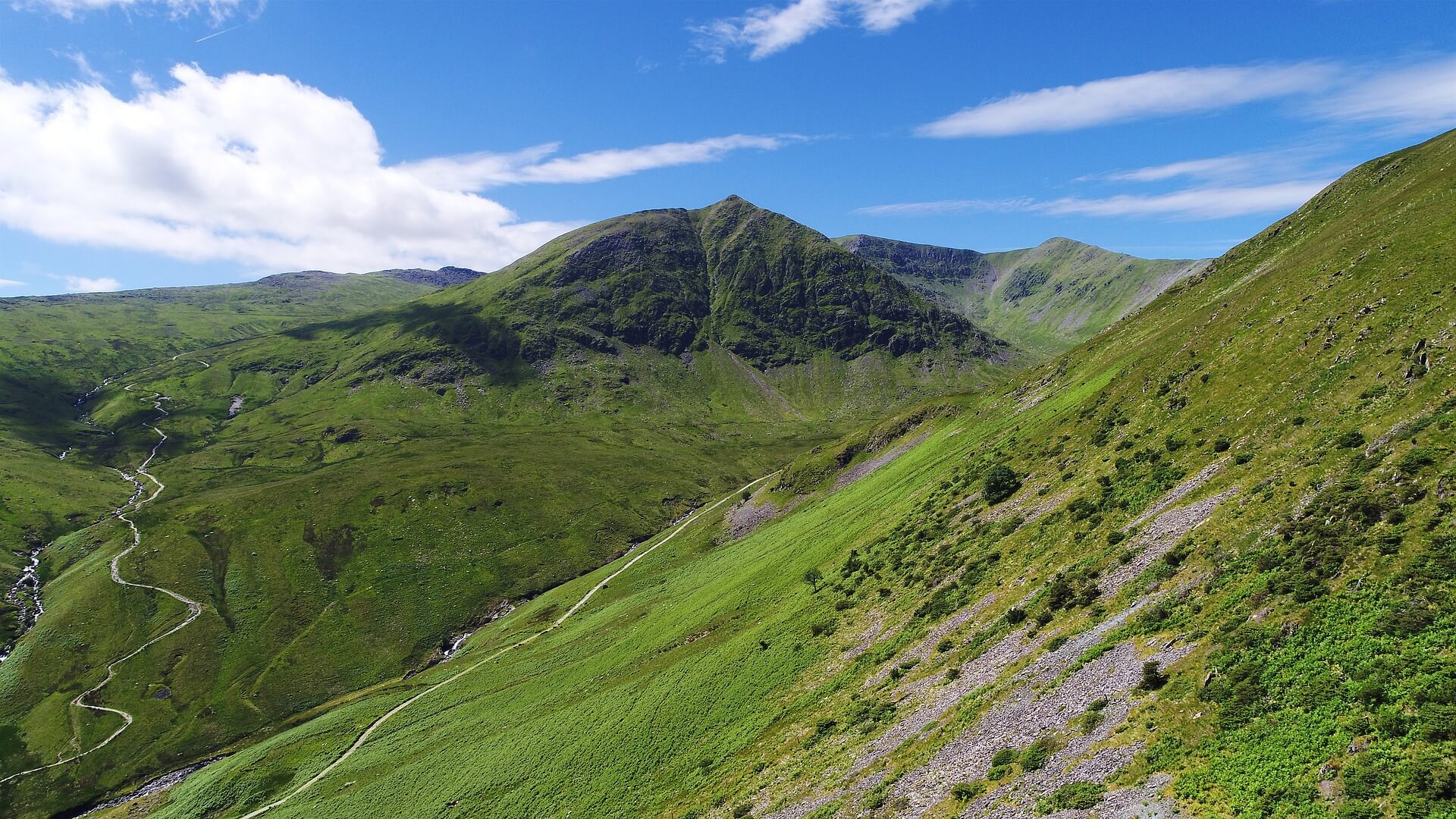 The western side of the Helvellyn range is the easiest way of climbing the mountain. It has slopes while the eastern side has Striding Edge and Swirral Edge. If you prefer to have a scrambling experience, then you can choose the edges. On the other hand, if you just prefer to walk so you can admire the stunning view of the edges, then the best path would be the Thirlmere side.

The best way to reach the three highest peaks is to climb the Helvellyn Gill Path then proceed to the Helvellynn’s summit. You can descend to Grisedale Tarn by hiking along the Nethermost Pike and Dollywaggon Pike. The best way to go back is through the Raise Beck. Although the path is a bit small, yet when you reach the Dunmail Raise, the path is more progressive, then you can go back to where you have started.

Feeling hungry after your Helvellyn hike?

If you are looking for a hearty meal after hiking, then I would recommend the Traveller’s Rest. It’s the best place that can keep you warm during the winter. Aside from welcoming hikers, they also welcome dogs. During the summer, you can enjoy drinking beer in the pub’s garden. The Traveller’s Rest is constantly filled with hikers and walkers throughout the year.

Wild camping in Lake District is permitted, however, just make sure that your tent will not be visible from the road or nearest homes. Or you could also spend the night at Helvellyn summit plateau. You can find a lot of good camping spots there.

Keep in mind that the parking areas along the roads in Lake District are limited, so wild camping in a camper might not be a good idea. Likewise, it can be more difficult if you will camp in more populated areas such as Glenridding and the northern part of Lake District. 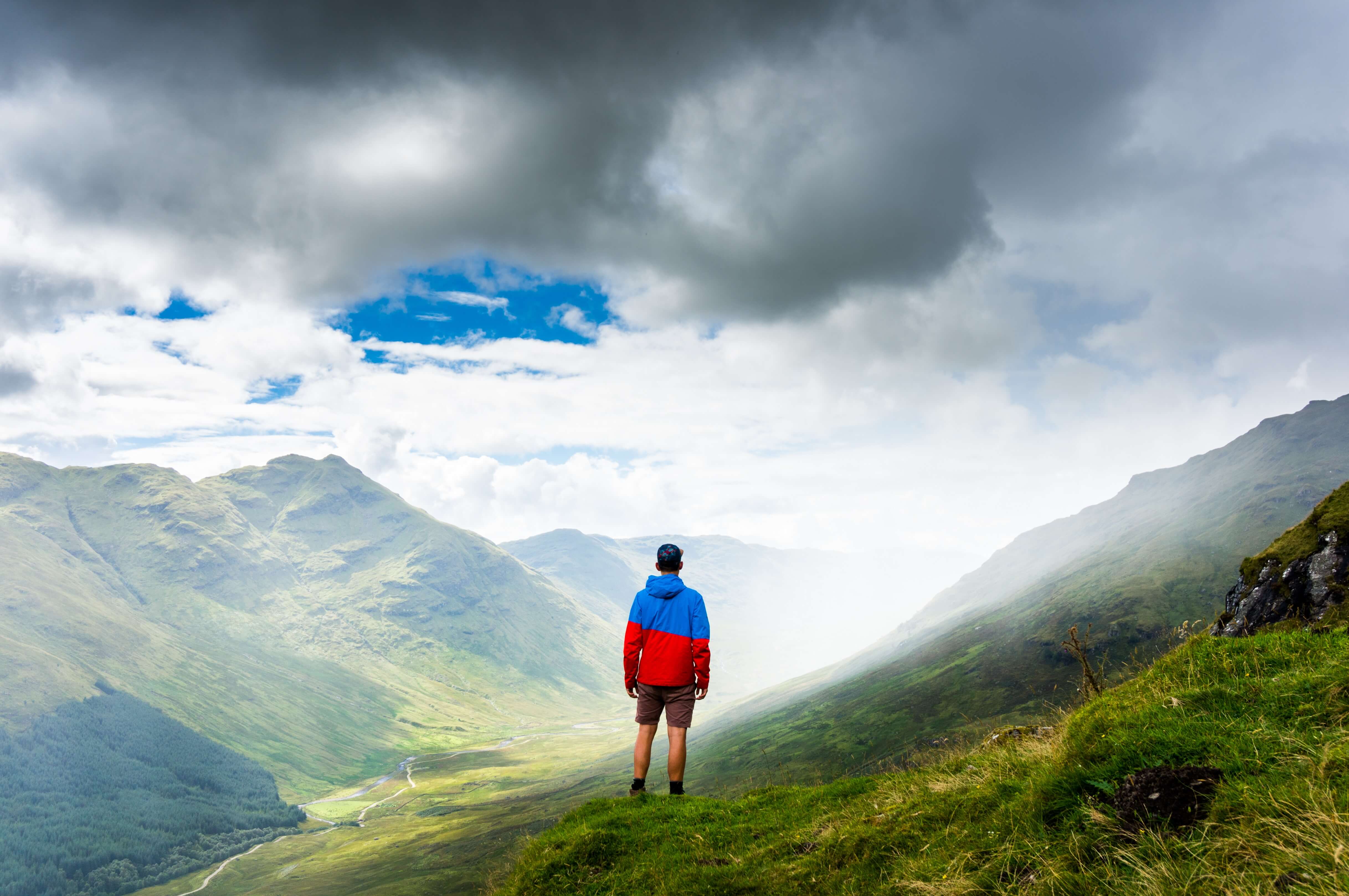 If you are very enthusiastic on wild camping at Helvellyn, then you can camp at the Gillside Camping and Caravan Park in Glenridding, Sykeside Campsite in Hartsop or at Side Farm Campsite in Patterdale.

Most people prefer to camp on the Red Tarn since it is beautiful and more isolated. If you decide to camp there then be sure that you won’t leave any indications of being there.

If you need an awesome tent, you should check out the Vango Banshee 200 1-man tent. 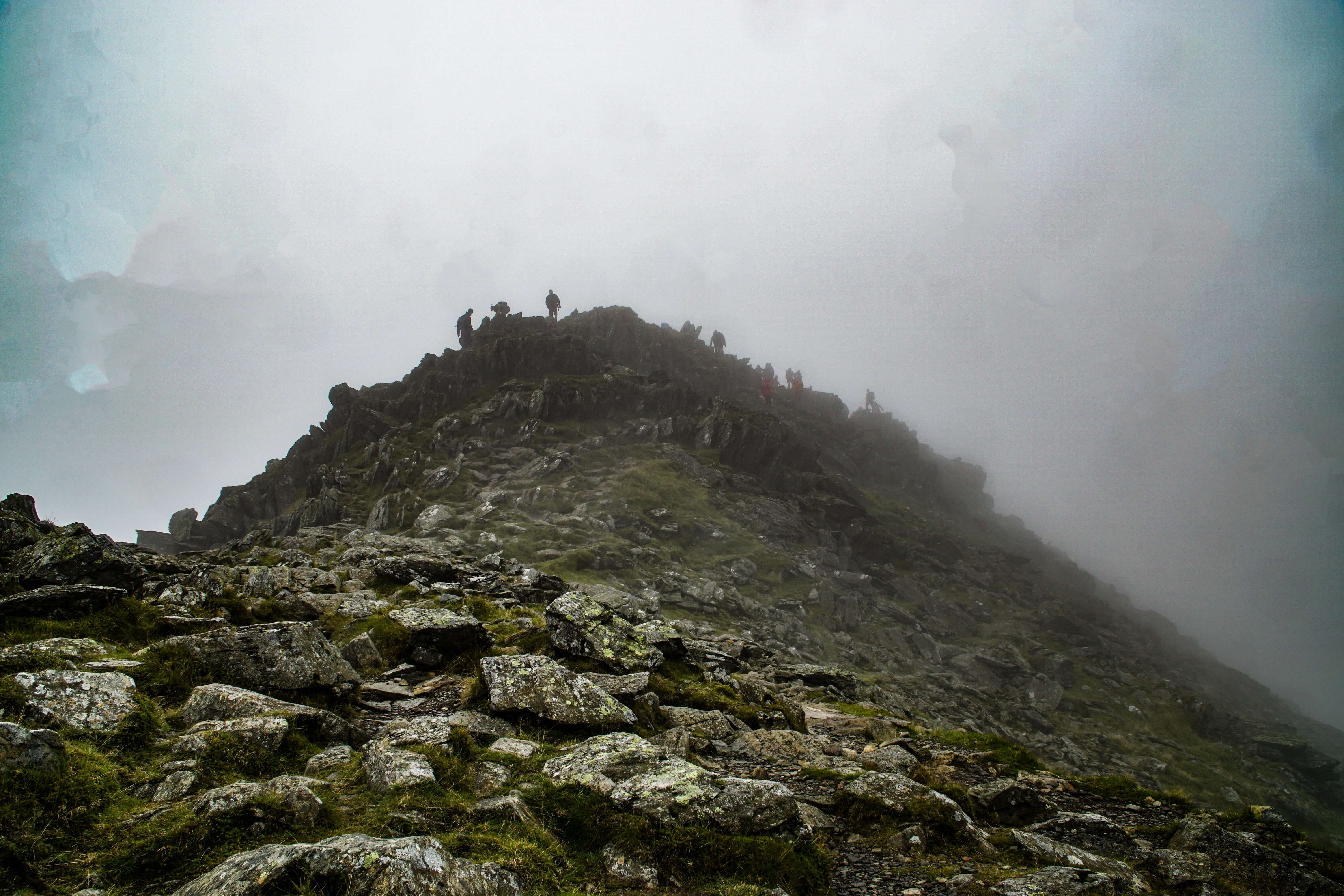 Hope you have enjoyed reading this guide to the Helvellyn walk. Helvellyn is the best choice when you are visiting the Lake District. It gives you tons of excitement and challenge. But the most important thing is you get to see the most stunning views.

Although passing through Striding Edge can be very challenging yet you can always choose the easier route which is via Thirlmere. Climbing this mountain is truly a great achievement for anyone. It will be the best adventure in your life!

The best time to climb Helvellyn is during the summer. In this way, you can enjoy the fine weather and be able to stare at the magnificent views from the summit of Helvellyn.

If you like climbing mountains, check out the Mount Snowdon climb.

1 thought on “The Helvellyn Walk; A hiker’s Dream!”