As one of the world’s most popular tourist destinations attracting an estimated 30 million visitors a year, it’s hardly surprising that London has so much to offer. Whether you’re an art lover or a history fan, if you prefer being outside or exploring museums, there are countless ways to spend your day. It’s also one of the most cosmopolitan cities in the world, where a diverse blend of cultures meet and you can find every imaginable kind of cuisine from Armenian to Zimbabwean.

But, there are a few key landmarks that really should be at the top of the list to visit and here are seven of the very best must-visit London locations. 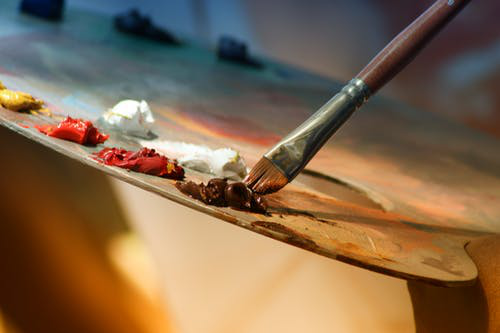 Anyone with an interest in contemporary art will want to spend at least an afternoon in the incredible Tate Modern. As the name suggests, it is where the Tate’s collection of post 1900 art is on permanent display alongside a number temporary exhibitions. The gallery occupies the former Bankside Power Station on the South Bank of the Thames overlooking the Houses of Parliament and, incredibly for a gallery of its international standing, is free to enter, (although there is a charge for visiting some of the temporary exhibitions). Not to be missed is the gallery’s Turbine Hall, a huge space that in the past has accommodated ambitious works by artists including Ai Weiwei, Rachel Whiteread and Anish Kapoor. 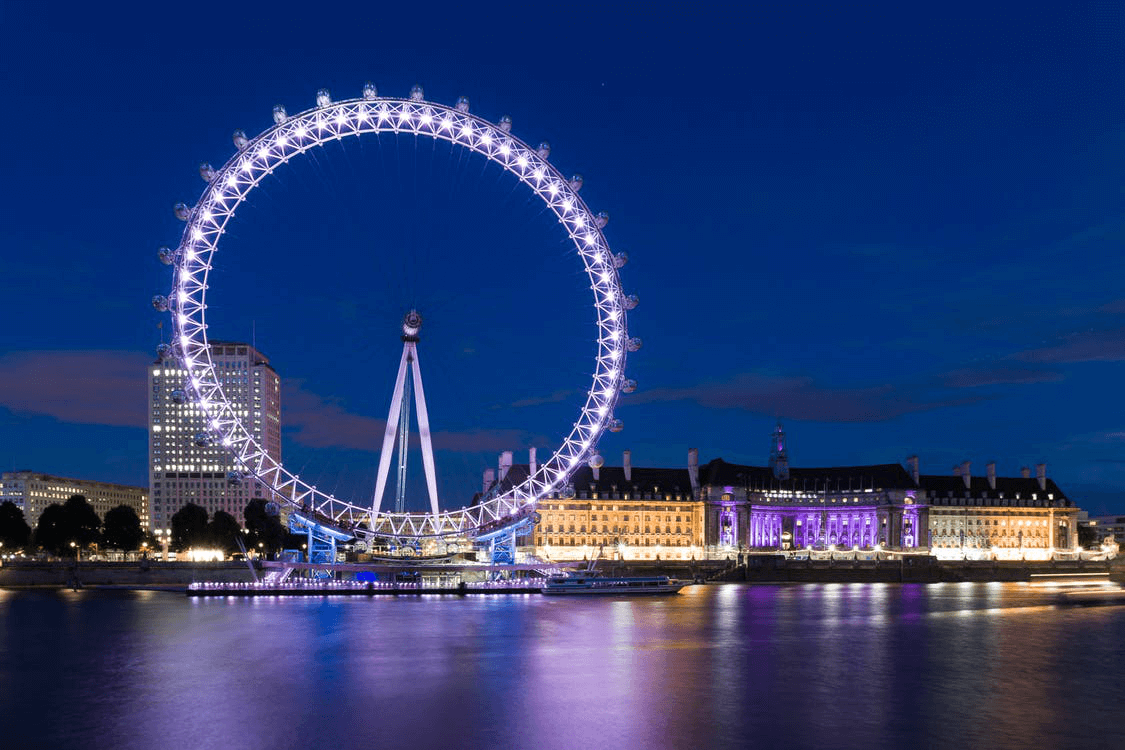 Along with the Millennium Dome, the London Eye was built to celebrate the arrival of the 2000s and in the intervening 20 years has become an unmistakable symbol of the capital. At 135 metres in height, it’s the world’s largest observation wheel and from its highest point, it has panoramic views stretching over 40 miles. The wheel has a total of 32 capsules in which there are interactive guides to the sights all around you as you make the 30-minute rotation taking in incredible views of the city. It’s great to visit at any time of day – it runs from around 10 am until 6 pm in the winter and 8.30 pm in the summer –  and because you book a particular time slot in advance there’s usually very little queueing. Buy tickets online for £25 for children and £33 for adults.

Looking for delicious places to eat? You should explore eating on London Bridge for some seriously tasty food! 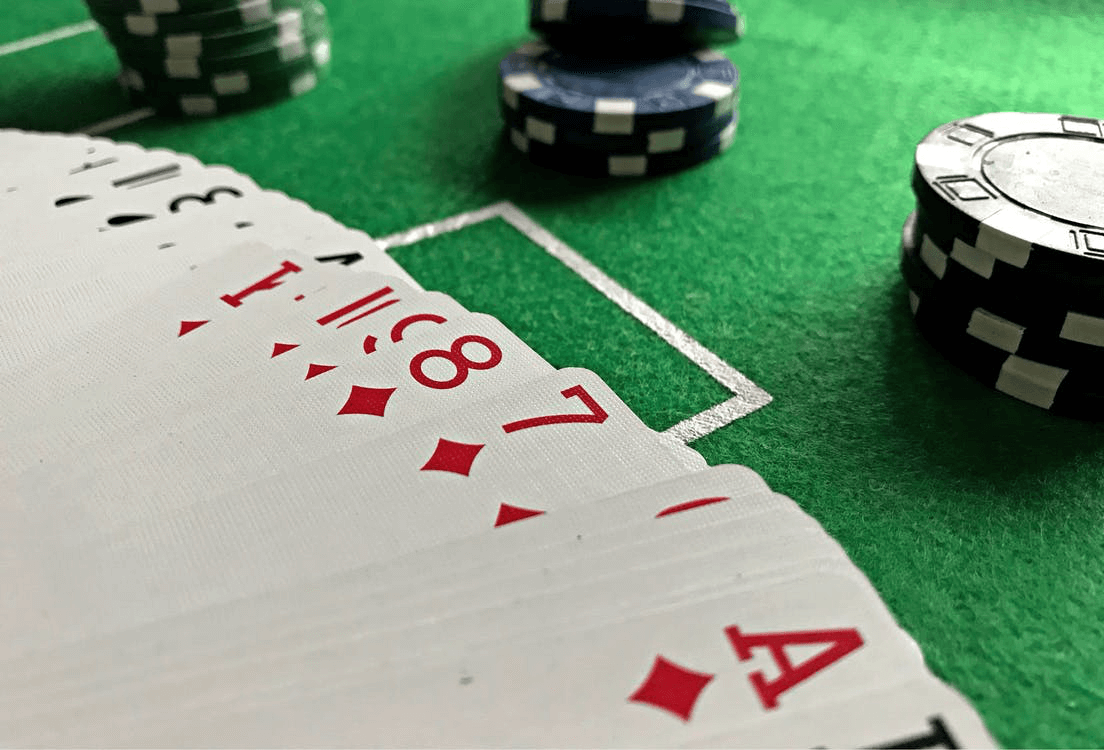 Sitting on the edge of the famous Leicester Square, the Hippodrome Casino has a fascinating history. It opened in 1900 as a circus variety theatre which even had a 100,000 gallon water tank where seals and polar bears performed. It later became The Talk of the Town, a Vegas-style entertainment venue where legendary artists like Shirley Bassey and Sammy Davis Jr. frequently performed and today it’s one of London’s biggest and best casinos.

There are plenty of amenities for the non-gamblers to enjoy with an array of bars, an excellent restaurant and even a theatre club at the casino but card games are one of the house specialities. There are some serious players among the visitors, so you’ll want to make sure you’re at your best. If you’re a fan of history and you’re heading to the Hippodrome Casino to get a feel for a previous era, then visit 777 online casino beforehand to get in some practice, their retro theme takes players all the way back to the 50’s, making it a splendid online casino for nostalgic gamblers.

You need to check out the London Sky Garden Bar! 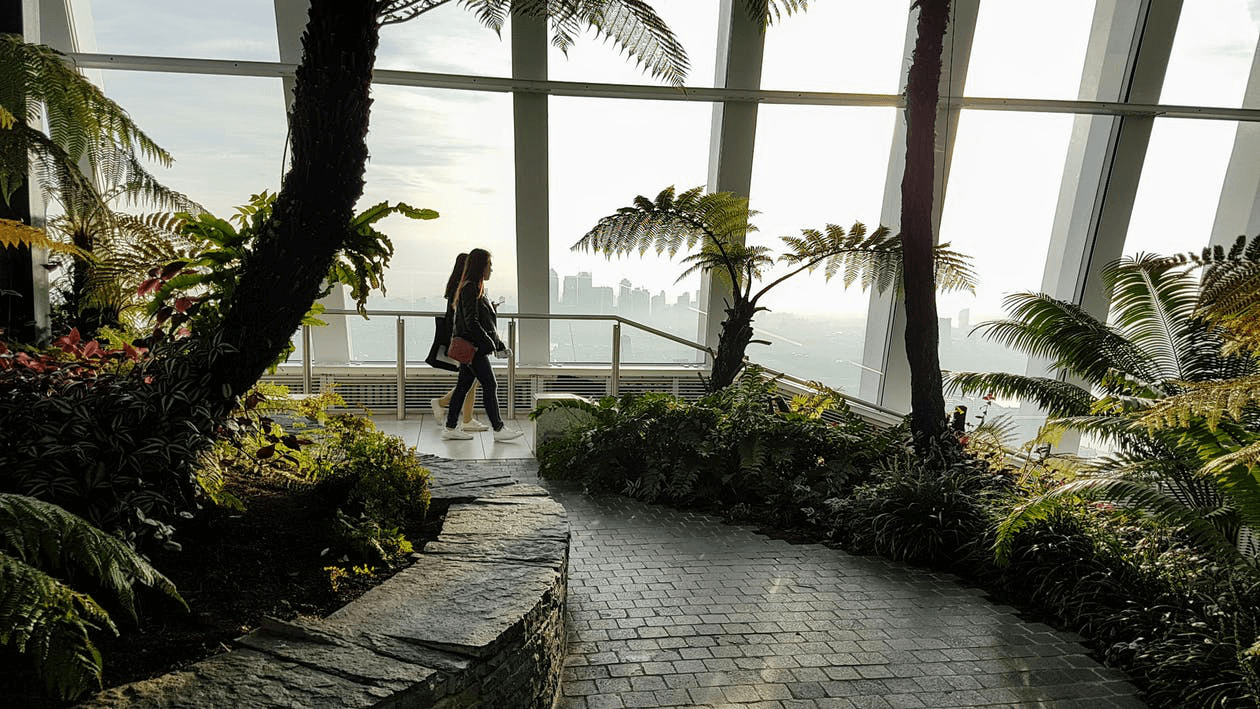 For one of the world’s very best botanical gardens head out of the centre of London and catch a train to Kew. It’s the capital’s biggest UNESCO World Heritage Site covering 300 acres and was first opened to the public in 1840. The gardens are famous for their glasshouses where you can see rare and tropical plants, especially in its huge Palm House and the nearby Waterlily House. This is the hottest and most humid of them all so perfect for a chilly London day. Another unmissable feature is the treetop walkway positioned 18 metres from the ground that gives a perfect bird’s eye view of the both the gardens below and the many planes above have started their descent to the nearby Heathrow airport. Entry is £13.95 for adults.

If you like it here, you’ll love the cherry blossom in London – a must-see! 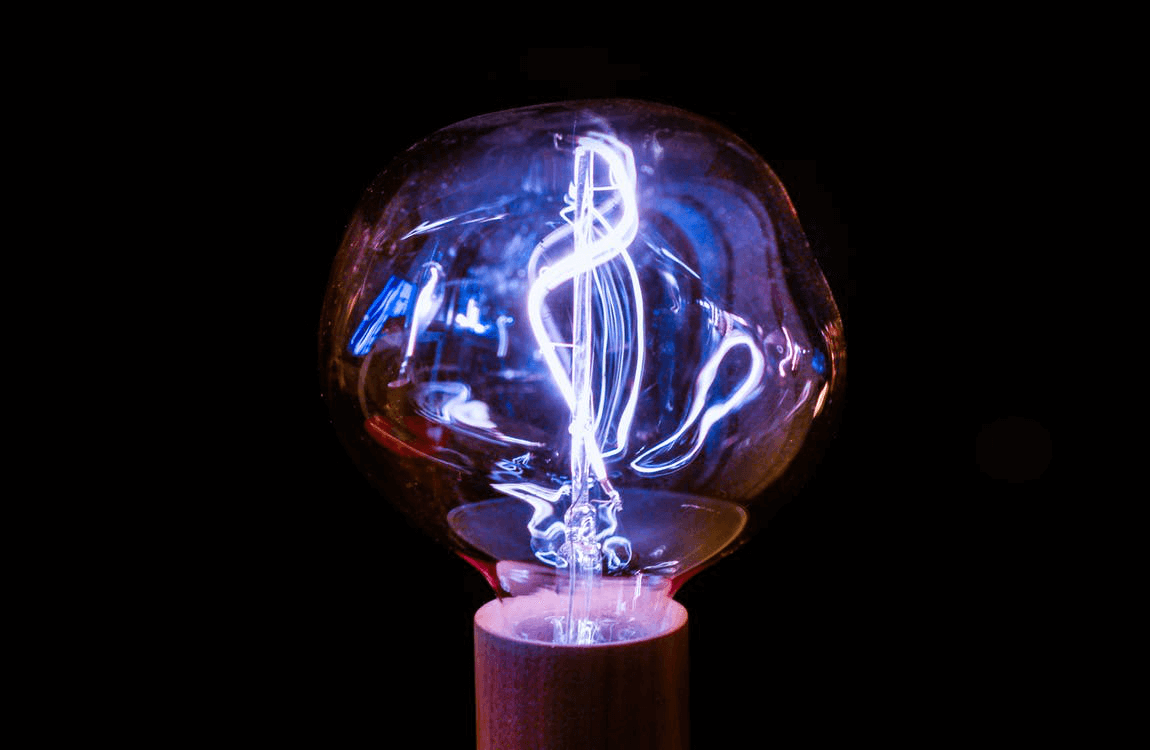 The area around Exhibition Road, nearest tube South Kensington, is home to a collection of London’s biggest and best museums. These include the Natural History Museum and the Victoria and Albert Museum but perhaps the most impressive is the Science Museum. It’s a free, interactive and always thought-provoking place where you can explore everything from the history of computing to seeing the Apollo 10 command capsule alongside around 15,000 other objects drawn from all areas of science. Recently opened are five permanent galleries dedicated to the history of medicine – and don’t miss the 4D simulator to experience flying a supersonic jet. 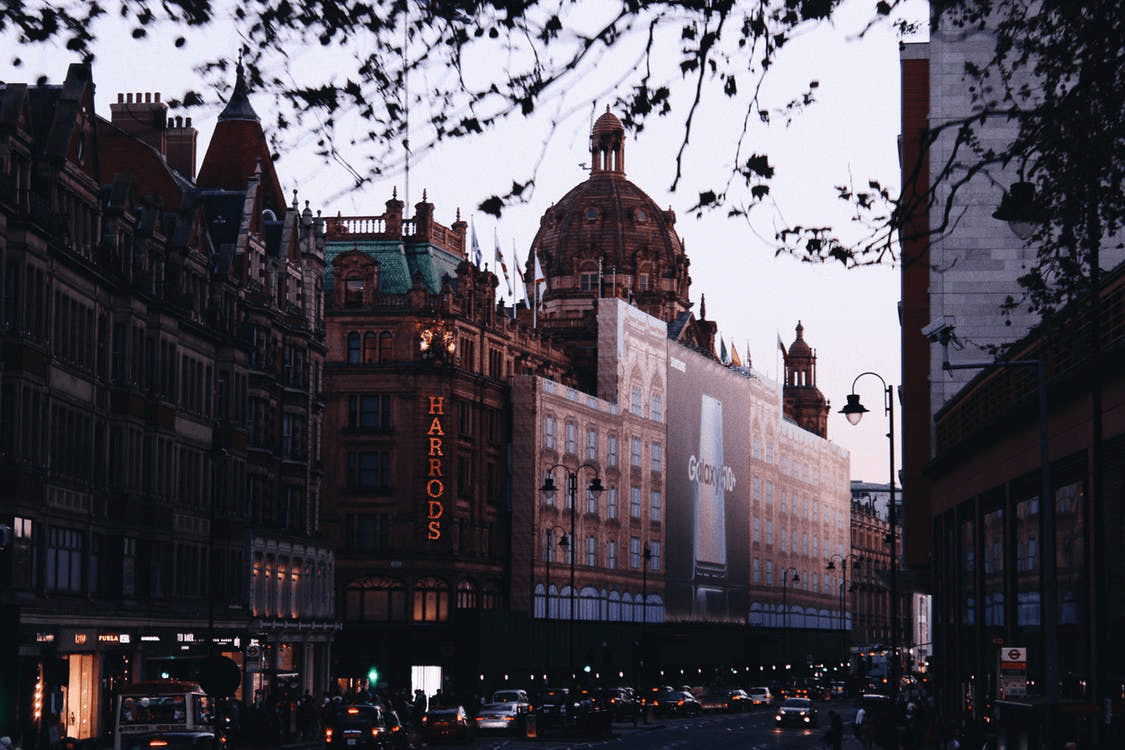 A little way down the Brompton Road from the Science Museum heading towards Hyde Park you’ll be able to enjoy the retail experience of a lifetime. Harrods is the biggest department store in Europe covering over a million square feet in total. It’s been said that there is nothing in the world that the store can’t obtain for its customers and strolling through its many departments of luxury goods it’s easy to see how they can justify this claim. No visit would be complete without experiencing the awe-inspiring food halls where you can not only buy virtually any kind of food imaginable, there are also oyster and champagne bars and even the most high-class fish and chip shop in Britain, where the traditional dish will cost you well over £20. After all this shopping you will need somewhere to store your luggage. 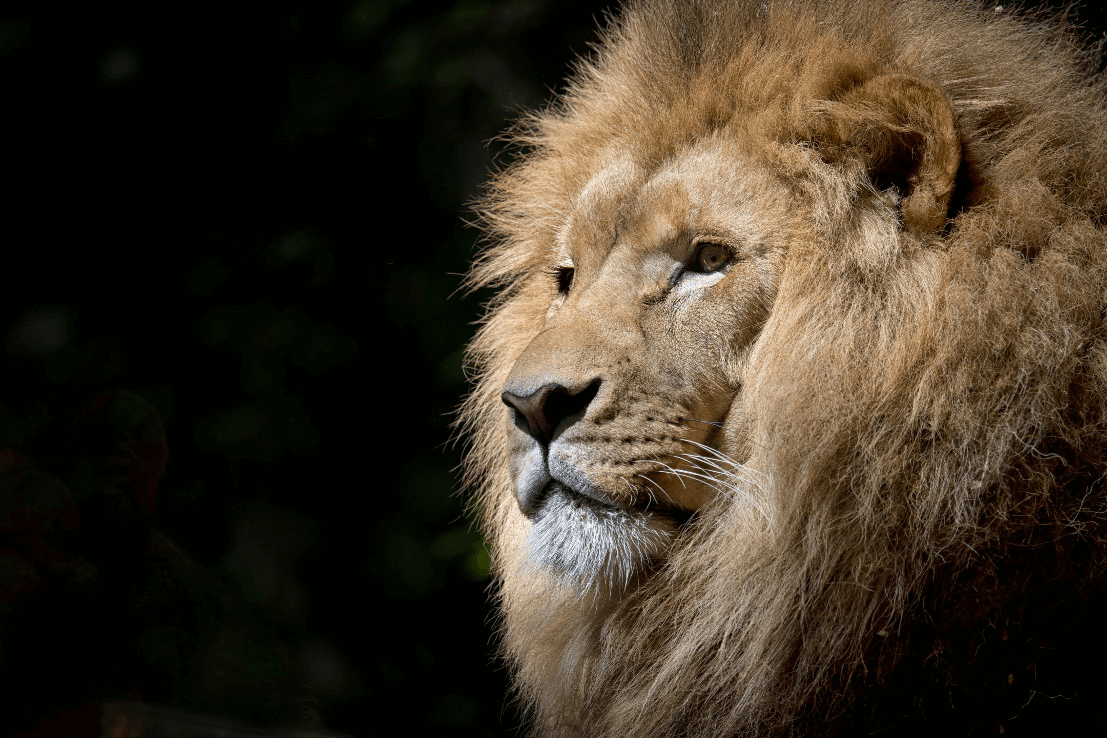 The Zoological Society of London was first opened to the public in 1847 making it the world’s oldest scientific zoo. Located on the edge of Regent’s Park, today it’s home to over 750 species of animals and has an active role in conservation. While it’s undoubtedly an expensive trip – £23 for adults and £15 for children – it relies wholly on ticket sales for its upkeep, receiving no government support. On entry you’ll be rewarded by seeing an amazing variety of animals that are well cared for and housed in as near to their natural habitat as possible. Highlights include the exotic Land of the Lions, designed to resemble a forest park in India and the Snowdon Aviary, home to many species of rare bird soaring through the skies.

Ahead of your next visit to London, but sure to bookmark these seven unmissable London sights to enjoy and make time to fit as many of them as possible to your visit – we can guarantee you certainly won’t be disappointed.