Let’s have a look what’s included in this blog post for you;

How long to climb Scafell Pike?

The Scafell pike routes will take you between 5 – 9 hours depending on the level of your fitness. It took us 8 hours as we took a longer route coming back down the mountain and walked a total of 18.5 miles in 8 hours.

There are runners that run up the mountain and complete it in less time. But obviously, this is an absolute graft for most. Just walking up Scafell Pike is a big accomplishment and achievement.

Personally, the best route is from Langdale but this is one of the longest routes up there. But, you will pick which one you prefer by the end of this post.

Is it easy to walk up Scafell Pike?

To put it simply, No! I wouldn’t class it as a stroll in the park by any stretch. However, there are easier and more difficult routes up Scafell Pike. So, it just depends on with path you take and how quickly you want to hike. Also, I would check the Scafell Pike weather forecast. You don’t want to be walking up there if the rain is going to coming down hard. Same goes for the sunshine. It’s a hot and sweaty one in the heat.

We walked up to the Scafell Mountain when the temperature was roughly 20 degrees and we were dripping with sweat. But it was fun of course.

So, to answer your question is it easy to walk up Scafell Pike? It can easier if you plan the hike out before you go and just pick the easiest passage up the mountain. 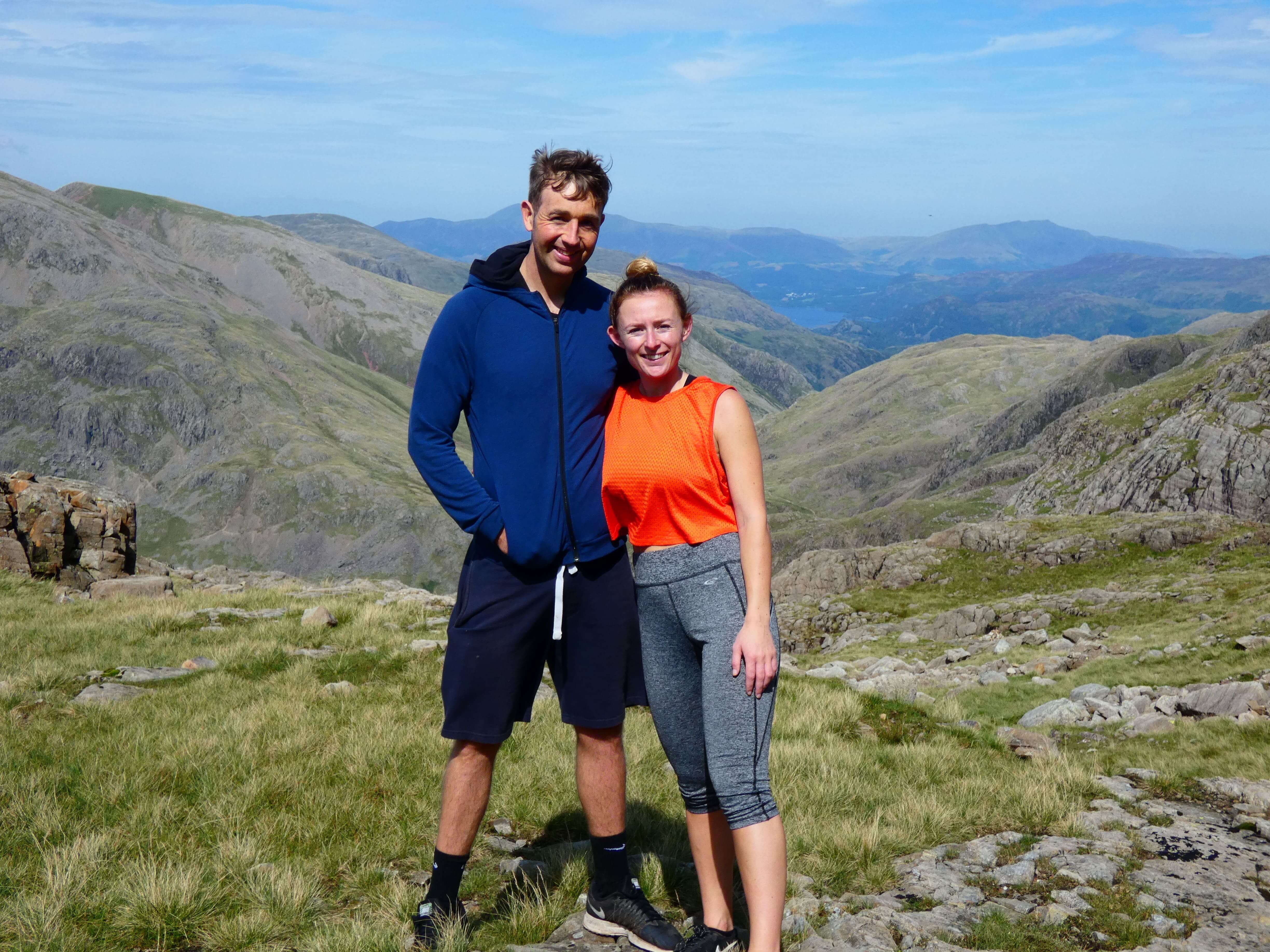 Below is a list of Scafell Pike hiking routes to take. Each one is different, however, you can be sure that you will see incredible views on whichever of the paths you decide to take up the mountain.

On a clear day on Scafell Pike, you can see for miles and the mountain ranges are spectacular. You will need a good camera on whichever of the routes you walk on.

Anyway, here is a table of the best hikes up Scafell Pike:

You can camp on Scafell Pike if you want, which is an awesome experience! However, there are a few things to think about before camping on Scafell Pike. For example, you wouldn’t want to head up here camping in the peak of winter. Some might dare, but it wouldn’t be much fun

Anyway, let’s look at a few things to consider before embarking on your camping adventure; 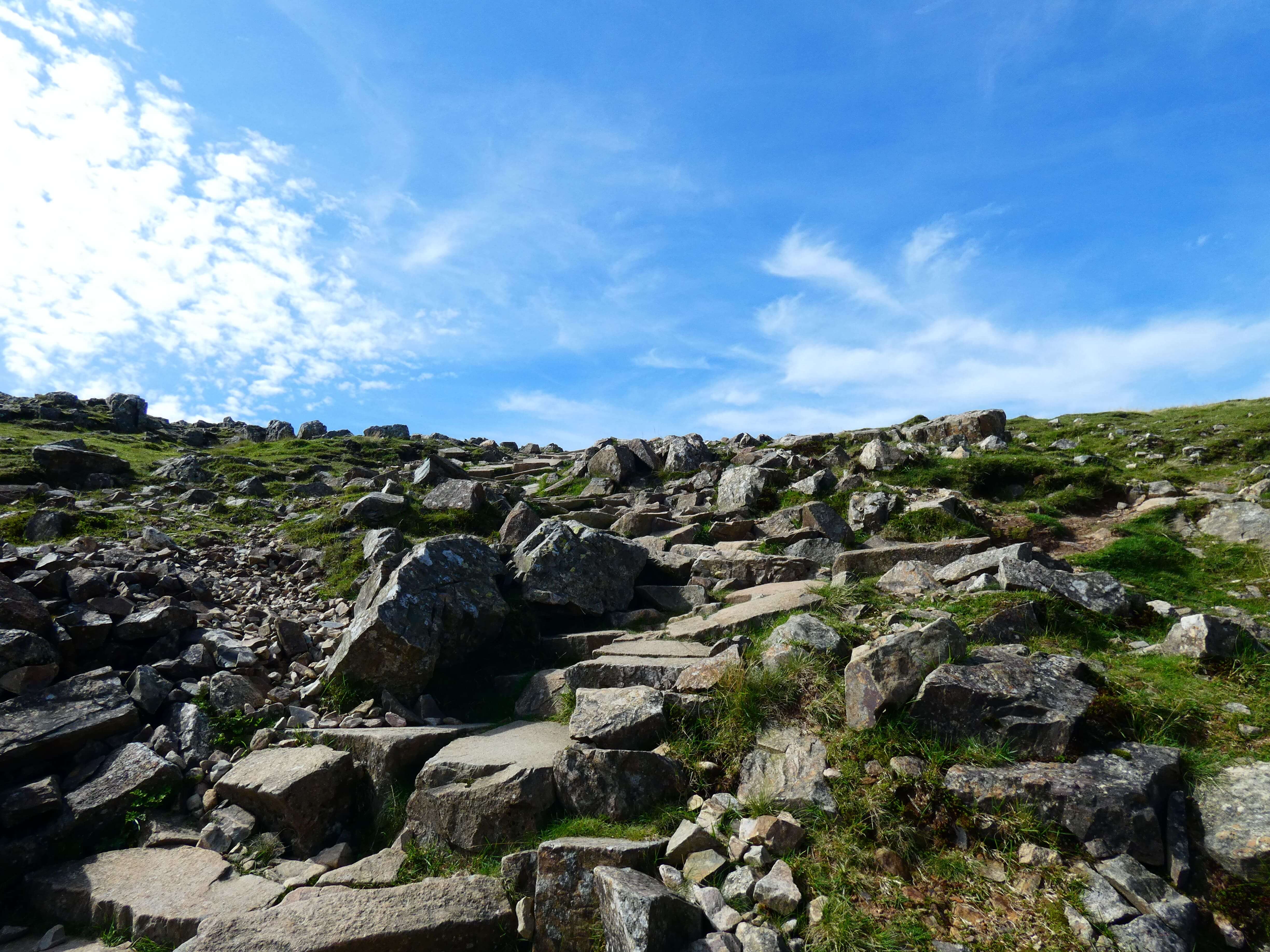 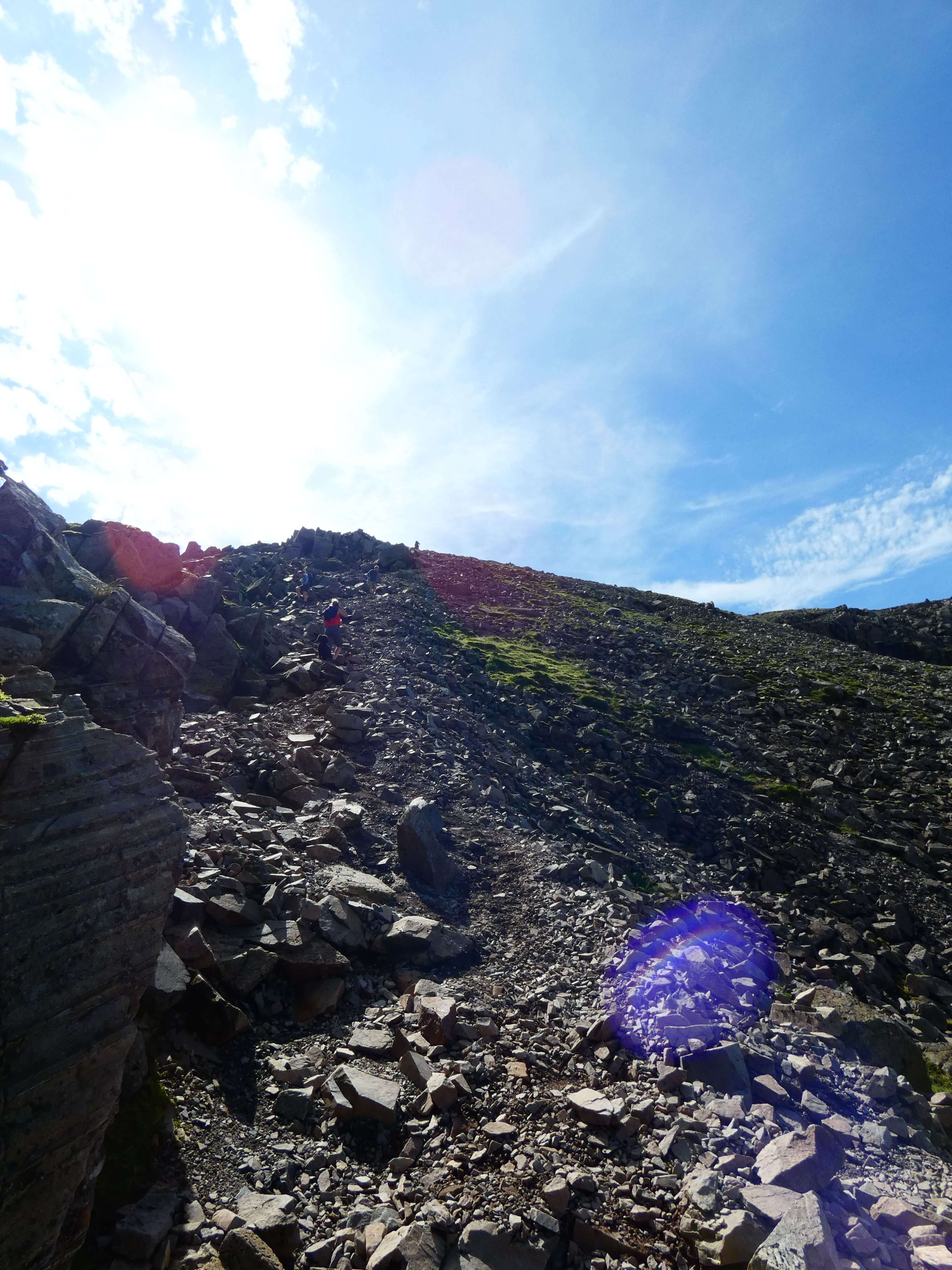 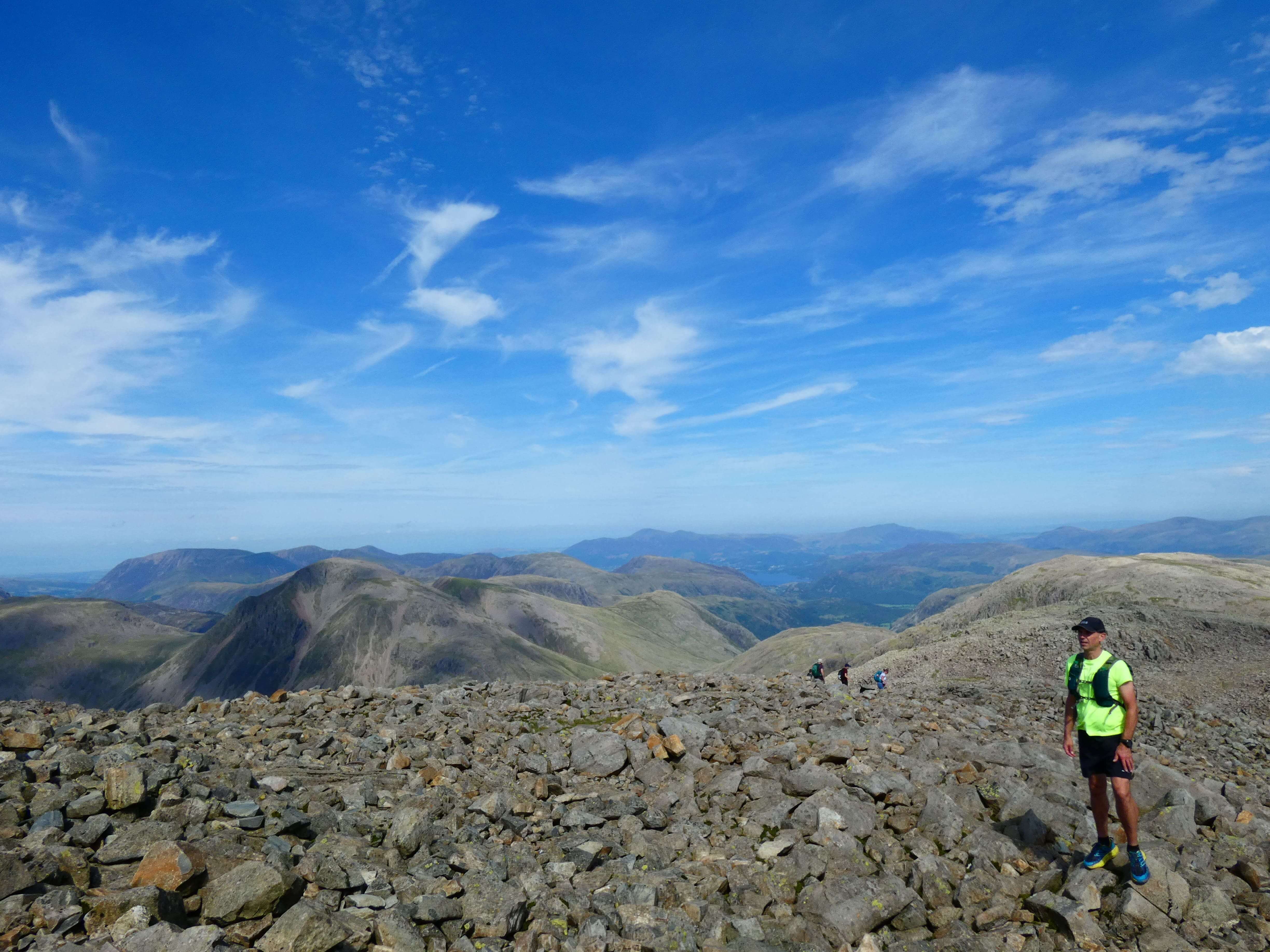 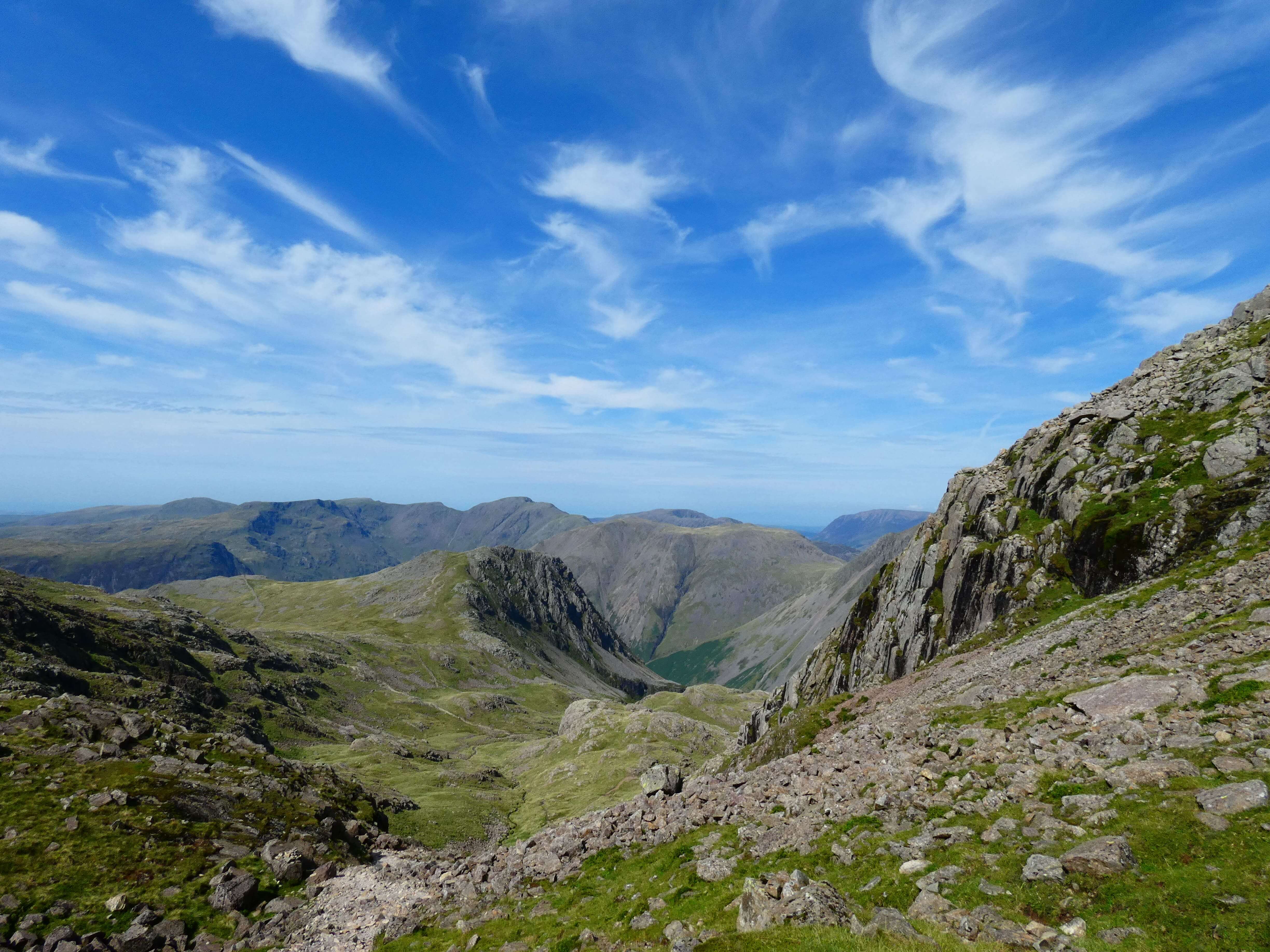 There we have it! Your complete guide to the Scafell Pike routes up this epic mountain that’s on every hiker walking bucket list.

This is not the easiest climb in the Lake District. However, you can be certain that it is one of the best.

If I was you, I would try and do this climb in summer. This way you will most likely have amazing weather and be able to appreciate the views from the very tip of Scafell Pike.

You should check out the Surf Snowdonia Adventure Park