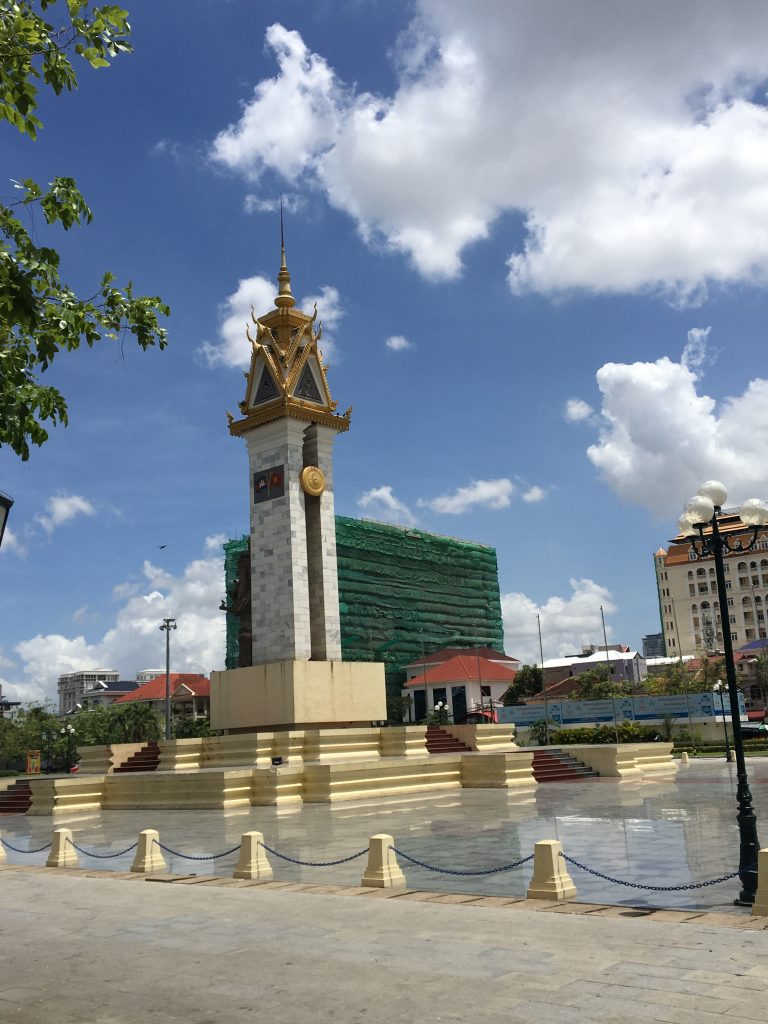 Phnom Penh is the first piece of Cambodian soil I stepped foot on and I had been excited to adventure around this city of so much history and culture. However, after just 48 hours of being there I had made up my mind that is was time for my visit to Phnom Penh to end and why I wouldn’t visit Phnom Penh again, so I headed to the south island of Koh Rong. I am a backpacker that makes the most of exploring tranquil islands and busy cities, but Phnom Penh just was not enjoyable. There are a number of reasons I decided to leave the hectic city of  Phnom Pehn and I will explain each reason within this post as I feel you have a right to know the truth!

I didn’t expect this here and I noticed it straight away. There are old men with young Cambodian girls all over there place, cuddling on the beach, eating at the cafes and riding in tuc tucs. I am not against anybody finding love, but the massive age gap was very clear and it is not a nice site. You can tell what the old men are wanting and that the young girls are just looking for someone to help them out with probably what I think is food etc.

2. Smell of sewage in a lot of areas 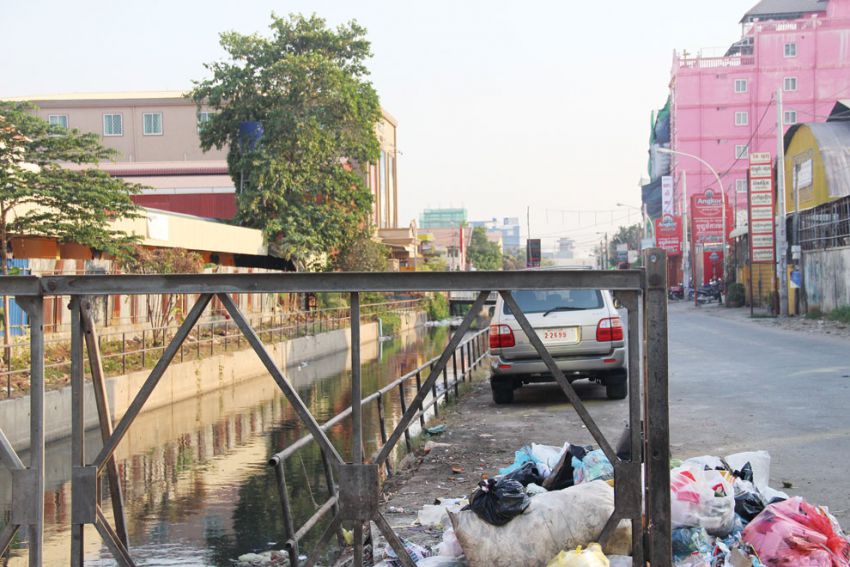 Dirty smelly sewage on almost every corner! I’m laid back and can handle a bit of smell or dirt, but these smells are something else, they’re enough to burn your nose. I did not notice a lot of the sewage runs through the streets in certain areas and there seems to be a constant battle for keeping the amount of litter in the city to a minimum.

I expected litter in places due to it being a city of many restaurants, cafes and shops. However, what I expected to what I got are two completely different aspects.

This one always get me, I feel sorry for the children and would love to give them all money, but I can’t possbily afford to give money out to every child that asks and you will be asked many times a day. If you’re not asked by a child you will be asked by an adult and sometimes they may follow you a little and this maybe quite scary for some.

On the flight to Cambodia I was speaking to a previous visitor of Phnom Pehn and they mentioned the food can be cheap. However, I quickly discovered her cheap and my cheap are completley different. For example, tt may of been she was on holiday so a steak may of seen cheap, but I’m backpacking and the prices was nothing like to what I had previously been paying in Bali. An average meal is roughly $6/7 which is triple to what I had been paying in other Southeast Asian countries.

You can get cheap food off the popup stands on the street. However, we have been warned off numerous locals and blogs to not eat off these as they’re not clean and can make you ill. We walked down a street and seen a bucket on the floor filled with rice ready to go on the food stand. After seeing an army of flies hovering over it there was no way I was eating off one of these.

5. Food taste was shocking (I got food poisoning)

There is a general funk taste on the food. I don’t know if it’s the oil but something is definitely not working, even some of the salad has a strange taste. On the first night we got spaghetti bolognese and a chicken meal, as I type this the thought of the meat’s taste in the spaghetti makes my feel sick. It was horrendous and there isn’t many foods I won’t eat. That night I was ill, I had food poisoning .

Yes I was ill, being sick and had diarrhoea. Was this the food? Most likely! I could of eaten off the popup food stands and got ill for cheaper.

The food is expensive and not of good quality, I would personally go to one of the more established cafes if you are visiting Phnom Penh as you won’t save much money trying to find value like we did. You will hopefully get better quality of food as well. However, the quality of the food is another reason why I wouldn’t visit Phnom Penh again. 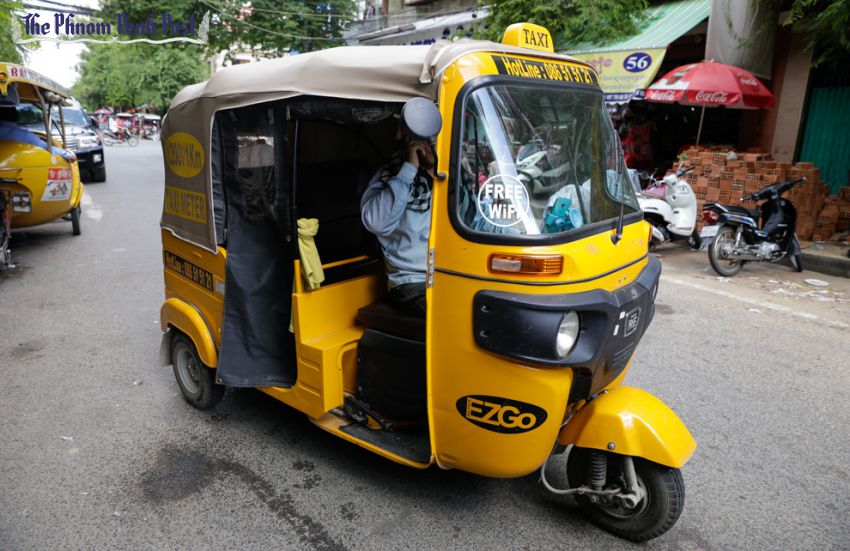 Ahhh they are everywhere, it’s like hearing your conscienece sometimes, you can’t see them but you can hear them “tuk tuk”. The drivers are on every street and there isn’t one you can walk past without them trying to give you a good reason to hop on their tuk tuk. We like to walk so we didn’t take any of them up on their offers. Nevertheless, I can see it being overwhelming for some as the drivers can follow you asking you for your name etc.. Inevitably trying to get you in their tuk tuk.

7. Not many things to do for a backpacker

When we arrived we checked in, threw our bags down and then headed out the find the best things to in Phnom Penh. However, we quickly discovered everything was too far apart and there was not that much available to do! We visited the S-21 prison, which is a top thing to do in Phnom Penh and that is a whole other post. Nevertheless, there is not much for a backpacker to do or see, there are the temples but we are visiting other areas in Cambodia to see the temples and we had to do a round walking trip of 7 miles to see one thing. Taxis and tuc tucs are the only way around the city and this can get very expensive. I feel like I have seen the best of Phnom Phen in 48 hours and this is another reason why I wouldn’t visit Phnom Penh again.

8. Not really any places to relax

Sometimes it’s good to just grab a coffee, kickback on the grass and watch the world go by. This didn’t really seem possible in Phnom Penh. The streets are busy, the boardwalk as I call it is just too hot and there isn’t shade. There is not really any parks if any that are in good walking distance.

I just wanted some a grassy area with a bench, to relax after walking miles upon miles through sewage smells to see one thing.

You may find a visit to Phnom Penh a more pleasurable experience. But this is my experience and I wanted to share with you some truths about the place before you visit, just to prepare you of what is ahead.

We did 48 and got a bus out of there to Koh Rong and made my mind up why I wouldn’t visit Phnom Penh again.

2 thoughts on “Why I WOULDN’T visit Phnom Penh again”